Burlington School Board Sends $85.5 Million Budget to Voters | Off Message 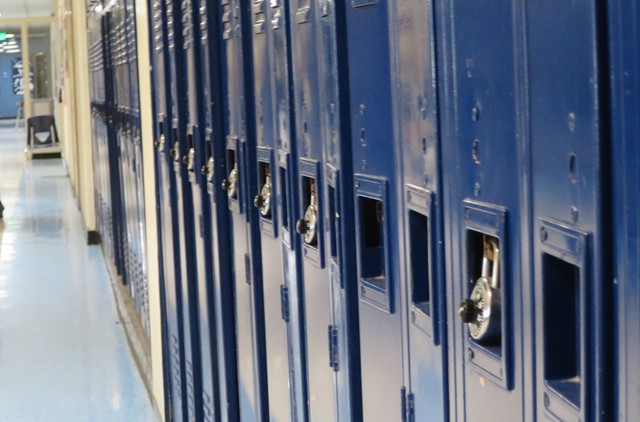 The Burlington School Board will ask voters to approve an $85.5 million budget carrying a 5.25 percent property tax increase in March.

The proposal passed 8-4 Tuesday night after debate about what should and shouldn’t go into the spending plan for the 2017-18 school year. Several board members voted no because they wanted more items to be funded.

The tax increase would translate to $210 on a house assessed at $231,500 for households that do not qualify for income-based tax breaks under the state education funding formula.

Most Burlington households do qualify for the tax break, though, and they would see a smaller increase or in some cases even a decrease. A household earning $50,000 would see a drop of roughly $31 dollars in property taxes, for example, according to projections by the Burlington school district. See updated district projections here.

The March 7 ballot will include a separate school repair proposal to allow bonding of $19 million, which would be tapped over a period of 10 years. That would supplement annual bonding of $2 million that the school board can harness without voter approval.

The projected 5.25 percent tax increase assumes the bond passes and includes debt service for the first year of bonding, according to district projections.

The proposed $85.5 million budget is up about $1.5 million dollars from the $83.9 million budget that voters approved last year. Last year’s property tax increase was significantly lower — an estimated 1.72 percent. That generated kudos from taxpayers weary of large increases but boos from many parents who worried about cuts to school librarians, social workers and other positions. Some of those positions would be restored in the proposed budget.

The budget would translate to education spending of $15,067 per equalized pupil, an estimated 6.61 percent increase from the current amount.

In some budget materials for the public leading up to Tuesday night’s vote, the school board emphasized the proposed $73.9 million general fund budget because it is the primary driver for tax forecasts. But under state law, the total budget, including grants, must be placed on the ballot. This year that’s $85.5 million.

The board had to make some tough decisions, including whether to support a larger proposal that would have increased taxes a bit more — by about 5.88 percent, according to Mark Porter, school board chair. Initially the board had projected a tax increase of around 3.5 percent. But numbers used in that estimate turned out to be off, and needed to be adjusted after new information from the state came in Monday, Porter said in an email to Seven Days.