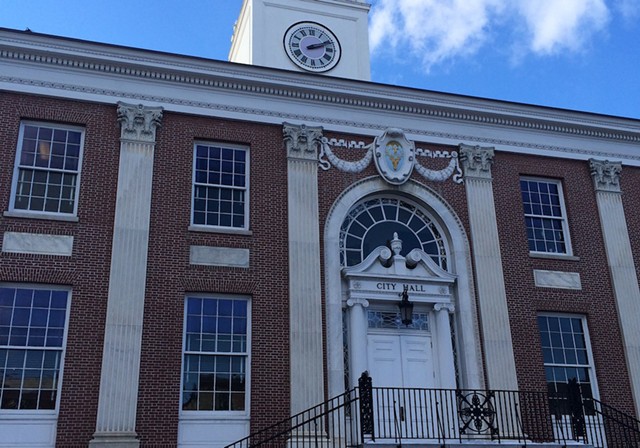 The victory earns Winkleman the Prog slot on the ballot and the chance to face Democratic and Republican contenders on Town Meeting Day in March.

Winkleman seeks the seat to be vacated by fellow Progressive Selene Colburn, who has served three years as a councilor. Colburn decided recently to step down from the council after she was elected to the state legislature in November.

At Sunday’s gathering, Winkleman vowed to “hold the mayor’s feet to the fire” on delivering early childhood education initiatives,* which “struck a chord” with the audience, Colburn told Seven Days after the caucus.

The 27-year-old Winkleman said his work as a preschool teacher at the Burlington Children’s Space alerted him to the economic issues facing the city. “The main things I’ve seen is that these families are struggling and it doesn’t seem to be getting much better,” he told Seven Days in an interview Friday. Winkleman also serves on the Fletcher Free Library board of commissioners.

The Progressive caucus for the Central and South districts was held in December, though Colburn at that time had not decided if she would vacate her council seat. In the end, she urged Tilton, who works at the University of Vermont Transportation Research Center, to make a bid for the seat.

Colburn’s candidate fell short, but the high turnout showed that there is a “real interest in running as a Progressive,” she said.

*Clarification, January 9, 2017: More detail was added to this paraphrased quote.