NECI Sale ‘Imminent’ as New President Takes Over | Off Message

The cofounder of Vermont’s pioneering cooking school says a sale is imminent.

The New England Culinary Institute in Montpelier will likely change hands in three to four weeks, said Francis Voigt, the cofounder and former president of the school, on Friday morning.

He would not disclose the buyer or further details.

“We’re in process but it’s not finished yet,” Voigt said about the sale. “It’s a complicated arrangement and I’m just not free to disclose all of that right now,” he added by phone from his home in Cabot.

The school, founded in 1980, helped foster a taste for haute cuisine and the farm-to-table movement in Vermont.

But it’s struggled in recent years and went up for sale last February as the school contended with shrinking enrollment and precarious finances. In 2014, NECI had fewer than 300 students — down from a high of about 800.

With a possible sale in the offing, school leaders announced a new president on December 20. 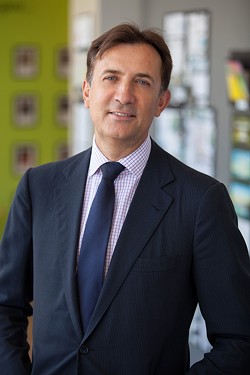 Milan Milasinovic, who has been working as a special advisor to the NECI board of directors for nine months, has taken over as president of the school.

The European-born administrator and businessman has been involved in other academic turnaround projects, according to an NECI press release.

He’s launched several degree programs and online-learning projects and currently serves as president and owner of Virginia Marti College of Art and Design in Lakewood, Ohio.

Milasinovic worked to stabilize Virginia Marti College and add degree programs there, according to NECI.

“We are very fortunate to have Milan take us forward,” Voigt said in the news release. “His passion is educational design, and he has not only a well-established understanding of higher education in this country and abroad, but also a solid track record as an entrepreneur.”

Milasinovich did not immediately respond to a request for comment, and NECI spokesman and director of online operations Philip Stevens said he could offer no further details on the sale.

Meanwhile, when asked Friday if he was happy about the pending sale, Voigt indicated that he’s ready to move on from the school he helped found more than three decades ago.

“I’m about to be 77 years old,” he said. “That should help you answer that question.”