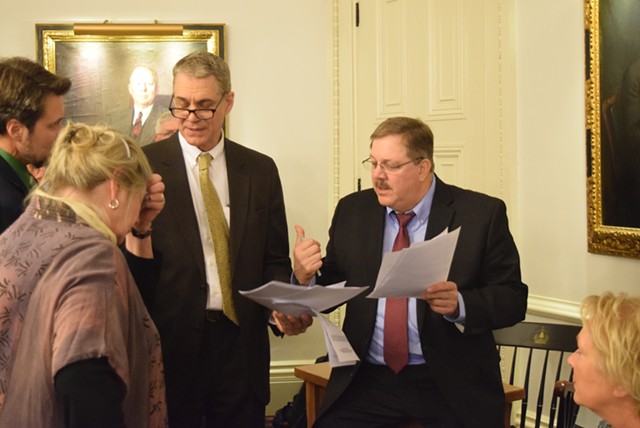 When Sen. Jeanette White (D-Windham) read off the Vermont election vote totals during a joint session of the House and Senate on Thursday morning, something didn’t sound right.

Indeed, Wardinski tallied just 7,038 votes — but legislators had come within a whisker of certifying the wrong numbers.

“I’m embarrassed about this,” Condos told the canvassing committee.

Such an error would have kept lieutenant governor-elect David Zuckerman under 50 percent of the vote, which would have sent the election to the legislature for another vote. Deputy Secretary of State Chris Winters said certifying the incorrect numbers could have opened the state to a legal challenge about the election.

“There have been some chuckles on this,” White told the canvassing committee. “But Kurt is absolutely right. This is really, really serious.”

While the Secretary of State’s Office provided the wrong numbers, the canvassing committee on Wednesday went along with them. It was only when the numbers were read aloud on the House floor Thursday that the error was noticed.

The joint House and Senate finished certifying the correct numbers just in time for the Senate to swear in Zuckerman. He really did win more than 50 percent of the vote, they determined, allowing him to officially take office.