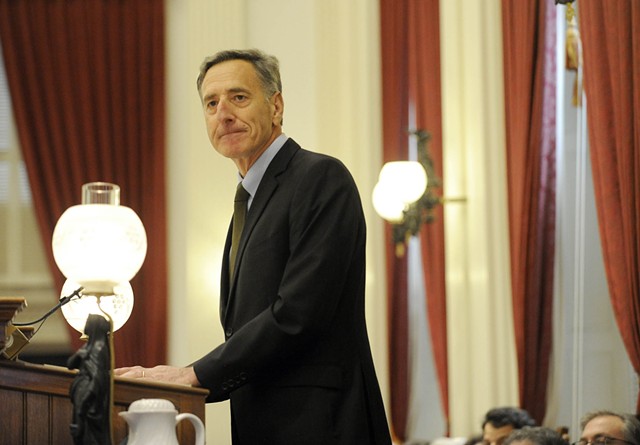 As Gov. Peter Shumlin gave his farewell address Wednesday, he summed up his accomplishments, thanked his staff and urged legislators to keep working hard on the issues that meant most to him during his tenure.

He also made news.

The 60-year-old governor publicly revealed for the first time that the death of his father, George, in 2014 came with the help of the state’s end-of-life law that Shumlin had long lobbied for and signed a year earlier.

“I never thought my dad would be able to die with dignity in his home state,” Shumlin told the House and Senate in his farewell address, after noting the passage of the law. His mother Kitty, along with his brother, sister and wife were among those who attended his farewell address.

After the speech, Shumlin confirmed that his father had indeed used a lethal prescription to end his life as the law allows terminally ill Vermonters to do.

George Shumlin died in April 2014 at age 88 at his home in Westminster West. At the time, the governor’s office issued a statement noting his father’s death — but did not reveal that he had availed himself of the nearly year-old law. Shumlin said the fact was never a secret but he had also not gone out of his way to make it public.

“He was suffering from cancer of the esophagus,” Shumlin told Seven Days on Wednesday. “The way you die of cancer of the esophagus is you can no longer swallow. It’s a very slow, painful and miserable death. He turned to his family when it got pretty advanced and said that he wanted to go out with dignity and so we honored his wish.” 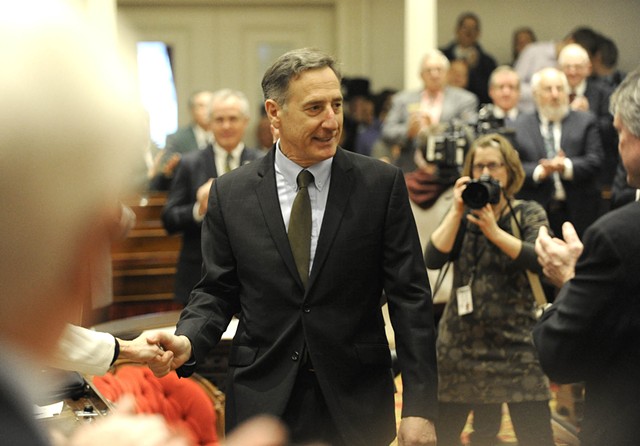 As a state senator and gubernatorial candidate, Shumlin was a strong supporter of allowing terminally ill patients to hasten their deaths. In his third year as governor, he signed the Patient Choice and Control at the End of Life law. Vermont was the first state to enact such a law legislatively, while other states have legalized assisted suicide through public votes or court decisions.

Shumlin said that when he signed Vermont’s law, he never anticipated his own father would use it. “As a governor you think about a law and how it affects the people who elected you. You never think — I never did — how’s this going to affect my family?”

Shumlin said he was with his father when he died. “It was a very peaceful and beautiful end to a very productive life,” he said. “I feel incredibly fortunate and I know my family does that my dad was able to avoid awful suffering for about two or three weeks that otherwise would have taken away his dignity.”

George Shumlin and his wife started Putney Student Travel, the business the governor will rejoin and run with his brother after he leaves office Thursday.