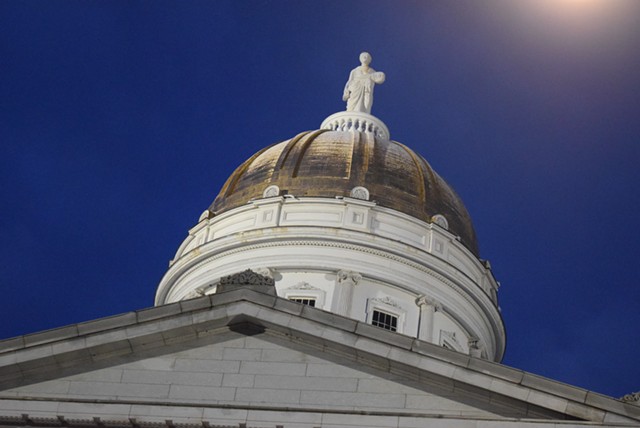 He will argue that Bob Frenier, the Republican candidate from Chelsea who won an Orange County House seat by six votes, should not be sworn in. Frenier, says Chesnut-Tangerman, should not be seated until a legal dispute to the election is settled.

Susan Hatch Davis, a 10-year Progressive representative from the town of Washington, has challenged the vote-counting process after she came up short in her reelection bid. Hatch Davis cited a rarely used state statute. She petitioned the Secretary of State’s Office, which, by law, triggers an investigation and report by the Attorney General’s Office. A House committee will then consider that report and decide whether to grant Hatch Davis a new recount.

“We’re asking to wait until the appeal is finished,” said Chesnut-Tangerman, the Progressive House leader.

Frenier won on Election Day by eight votes. After an initial recount using a tabulator machine, Frenier’s lead shrank to six votes. Davis petitioned the court for a second recount, this one by hand. A judge declined to hear the case, leading Hatch Davis to petition the secretary of state.

Assistant Attorney General Michael Duane said he has started an investigation and plans to interview state elections director Will Senning on Friday. Duane said Tuesday he didn’t know if his investigation will include further inquiry, but said he’ll work to get his report done as quickly as possible.

In the meantime, the question is whether Frenier should be sworn into the House.

cted members, when Secretary of State Jim Condos will be presiding over the House. Condos said Tuesday he will follow the advice of House Clerk Bill MaGill, which he expects will be to acknowledge that Frenier is the official winner and should be seated while Hatch Davis’ case is pending.

In her petition, Hatch Davis argues that several errors were made in counting the ballots in her race and in the subsequent recount. One point of contention: Clerks in some of the six towns that comprise her district used different standards to count absentee ballots.

Each absentee ballot is submitted in two envelopes. Some clerks tossed ballots that had unsealed inner envelopes, while others counted them, according to Vince Illuzzi, a lawyer and former Republican state senator who is representing Hatch Davis.

Unsealed ballots are to be counted if other directions were followed, according to state rules.

Frenier’s lawyer is Tom Koch, a former Republican state representative from Barre. He said that some of the four absentee ballots Hatch Davis is questioning in the town of Orange were not just unsealed but were found entirely outside of the inner envelope. That, he noted, is legal grounds for spoiling them.

Even if those ballots were counted, and were all for Hatch Davis, Koch argued, Frenier would still win.

Koch, who served 22 years in the House and is well-versed in legislative protocol, predicted Frenier will be seated Wednesday and will ultimately prevail after the AG’s investigation. But he conceded the case highlights the fact that always-complicated election procedures need clarifying.

Condos agreed. He said he’ll be talking to lawmakers this year about simplifying vote-counting procedure and having his office, rather than the courts, oversee election recounts.