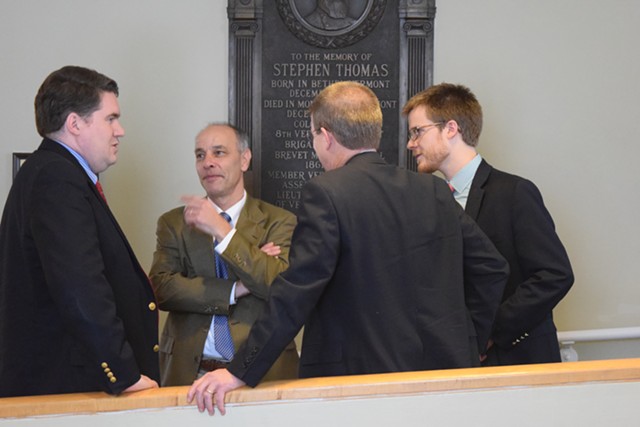 Three state lawmakers are questioning whether a member of Vermont’s State Board of Education is acting unethically. Their request for an inquiry comes during a heated debate about how the board regulates independent schools.

William Mathis, whose six-year term ends in 2021, has served on the SBE since 2011. The former school superintendent has long raised questions about Vermont’s school choice system, which allows towns without schools to pay for students to attend private schools. In his current role as managing director of the University of Colorado Boulder’s National Education Policy Center, he’s published articles and papers that are critical of voucher programs.

In a nine-page memo, the trio of lawmakers make the case that Mathis, who has worked at NEPC since 2010, is “performing advocacy work for an organization that receives substantial funding from groups that have a material interest in matters within the jurisdiction of the SBE.” The most concerning area of overlap for them: school choice.

In Vermont, Mathis and other SBE members recently voted to increase regulation of private schools that receive public tuition money, causing an outcry from people who contend that the new rules could undermine school choice.

The state reps point out that the NECP gets money from teacher unions that oppose voucher or school choice programs, including the National Education Association and the American Federation of Teachers.

During an interview Monday afternoon, Mathis denied any potential for conflict. “Basically it’s a nuisance tactic. It’s political harassment,” he said of the letter, noting that Olsen, a former member of the Burr and Burton Academy board, has been an outspoken critic of the SBE’s approach to independent schools.

Mathis said the University of Colorado pays his salary — he declined to disclose the amount — and he has never fundraised for the NEPC. He works with people who do, but said, “I keep a certain distance from them.” In a follow-up email he reiterated, “Nothing I’ve done on the board on these issues impacts my financial interests.” Mathis acknowledged that groups including the NEA and AFT pay the NEPC to conduct research, but he maintained that the funders have no editorial control over the work.

Morse said he doesn’t yet know how he will respond to the legislators’ request. “I guess before I comment on it I need to get some legal advice,” he told Seven Days.