Anti-Semitic Flyers Left in City Hall Cause a Stir 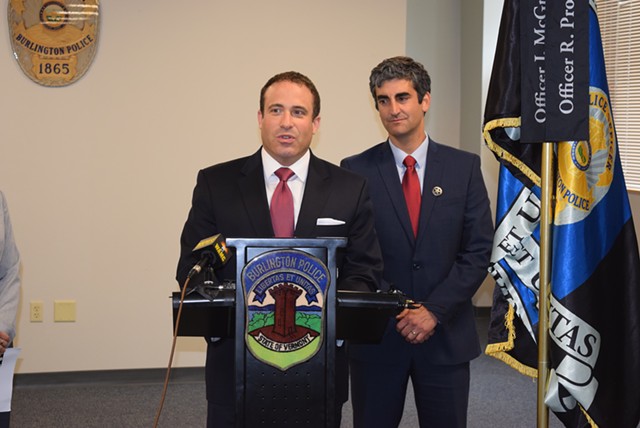 The woman, whose name was not released, has engaged in similar activity in the past, police said. The flyers will not be investigated as a crime. Instead, police said they will work with the Howard Center’s Street Outreach team to refer the woman for treatment.

The document portrays recent events in Burlington, including the Burlington Town Center redevelopment and the construction of dorms for Champlain College students, as part of a Zionist plot to commit a “White Christian genocide” at the behest of Mayor Miro Weinberger.

The flyer, left on seats inside the council meeting room, says that “Vermont was founded as a Christian Community until a 2011 takeover.”

There was no public comment on the flyers at Monday’s meeting, and the council did not address the incident.

“We have seen some nasty stuff put on our desk before ... I can’t remember something specifically like this,” Councilor Kurt Wright said Tuesday.