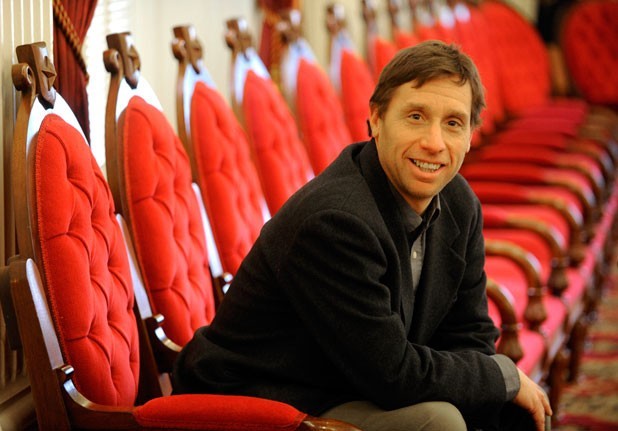 The role will go to Peter Sterling, a liberal activist who ran a labor-backed super PAC and lobbied in the Statehouse for single-payer health care reform.

"Peter's skill set is very well-rounded for the job," Ashe said, highlighting what he called a "comfort level with policymaking" and an ability to "draw a connection" between lawmakers and constituents. "I know he's an extremely high-energy person, very resilient."

Like Ashe, Sterling previously worked for U.S. Sen. Bernie Sanders (I-Vt.), managing his 2002 congressional campaign. Sterling got his start as an environmental advocate in New York, but he is best known in Vermont for his work fighting for health care reform. As director of the Vermont Campaign for Health Care Security, Sterling lobbied for single-payer — and he later served as a paid Statehouse advocate for a tax on sugar-sweetened beverages. Last legislative session, he worked to expand the state's Dr. Dynasaur health insurance subsidies to young adults.

Ashe, who has previously criticized the power that lobbyists hold in Montpelier, said Sterling's past work would not influence his new job.

"I hired Peter despite having been a registered lobbyist," Ashe said. "If I thought Peter was deeply part of the lobbyist culture, then it wouldn't have been something I entertained ... He's not part of the chattering class and the gossip crowd. Those would have been disqualifiers."

Sterling, who was traveling and unavailable for comment, also ran Vermont Leads, a pro-single-payer super PAC funded with six-figure contributions from two national labor unions: the Service Employees International Union and the National Education Association. During the 2012 campaign, Sterling raised hackles when he led a Vermont Leads protest outside the Burlington home of conservative donor Lenore Broughton, who was bankrolling a competing super PAC.

Ashe said he asked Campbell to authorize Sterling's hiring ahead of that date so that he could "be prepared" for the legislative session and "hit the ground running." Sterling has already worked several hours this week, Ashe said.

"Of course, if I do not win the pro tem election, Peter will likely be looking for some other opportunity," the senator said.

The pro tem is the only state senator in Vermont with dedicated, paid staff. As Seven Days' Terri Hallenbeck reported in February 2015, payroll in the pro tem's office ballooned during Campbell's tenure, with at least one staffer earning more than $100,000.

Ashe said that would change when he takes charge. He expects Sterling to be the sole employee in his office, other than interns, and to make just $61,000.

"I don't want to speak to salaries made by others," Ashe said, referring to Campbell's staff. "I looked at the role and responsibilities and thought what I was proposing was very fair and appropriate."