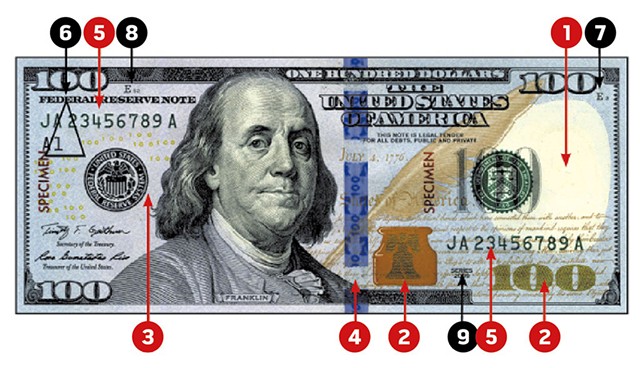 Shelburne police say they are investigating what can be a holiday season problem: passing counterfeit money.

Tracy Stolese, who owns the home decor boutique Arabesque, said that she made a routine deposit from her weekend sales at Citizens Bank when a bank official told her that one of the $20 bills she gave them was a fake.

Stolese said that the bill was a bit blurry and more rigid than typical bills. But with traffic picking up for the holiday shopping season, a store clerk didn't detect anything amiss when it was handed off over the weekend, Stolese said.
"I'm frustrated that this happened, but relieved it wasn't a $100 bill and was only a twenty," Stolese said.

Shelburne police said they are turning over the case to the U.S. Secret Service, which investigates counterfeit currency. Shelburne police said they sometimes see counterfeit currency passed around more frequently as lots of cash passes hands during the holidays. Investigators believe that the customer who passed the money may have had no idea it was a fake.

Stolese said she has purchased a special pen designed to detect whether bills are fake. It has never happened in her shop before, she said.