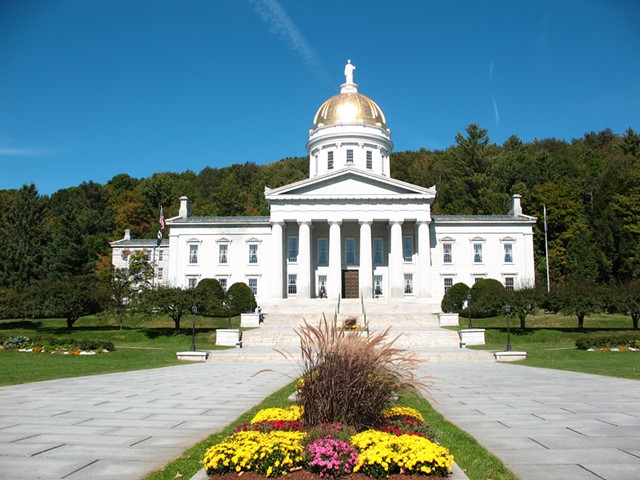 Lawmakers gathered Wednesday in Montpelier to prepare for the new legislative session that starts in January. Republicans David Ainsworth and Bob Frenier joined the briefing — even though their election results have yet to be settled.

“It appears I might’ve won,” Ainsworth said during a break from the briefing. “I’m just here to get up to speed.”

“Appears” and “might’ve” were the operative words, however.

Both Ainsworth and Frenier seem to have the edge, but their races are still in legal uncertainty three weeks after the election.

Ainsworth, a farmer from Royalton who previously served in the House, is tied with Rep. Sarah Buxton (D-

Tunbridge) after a recount that gave both 1,000 votes. A court hearing is set for next Wednesday at the Windsor County Courthouse to determine whether two votes for Ainsworth were counted or not, and whether there should be a second recount to make sure.

The two candidates agree that the questionable ballots were intended as votes for Ainsworth. What’s unclear is whether the electronic tabulator read the voters’ marks, which were outside the circle voters are supposed to fill in next to the candidate’s name. Vermont Superior Court Judge Robert Gerety Jr. is expected to rule on the next step.

In the other race, Rep. Susan Hatch Davis (P-Washington) filed court papers in Orange County on Thursday asking for a second recount — this one by hand rather than machine.

Davis, who trailed Frenier by six votes after an initial recount, cited numerous concerns about the vote-counting process. “I want to make sure voters have certainty,” she said.

Among the issues, she said, was that when storing ballots after Election Day, clerks folded, bent or stapled many of the ballots, which can affect how the electronic tabulator reads the votes.