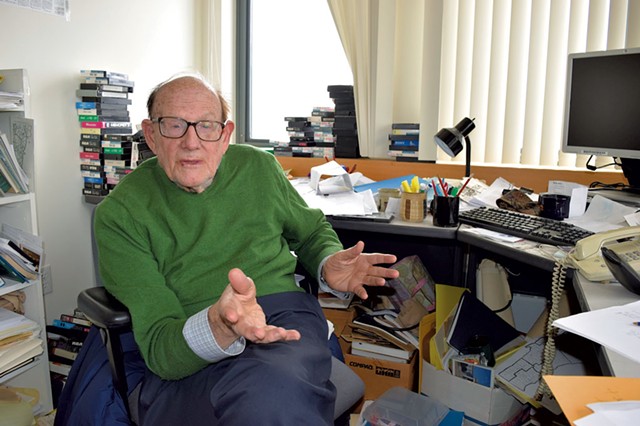 Sen. Bill Doyle (R-Washington) on Wednesday withdrew his request for a recount of the November 8 election ballots, conceding that his 48-year Senate career is over.

The 90-year-old Montpelier resident said advisers persuaded him that a recount would not change the outcome of the election. He trailed Democrat Francis Brooks by 191 votes.

“I have decided to stand aside and let the initial results be certified as the final ones,” Doyle said in a statement.

Doyle said that he wanted to give Brooks, who taught his children science at Montpelier High School, time to gear up for the legislative session that starts in January.

Doyle was matter-of-fact about the end of his political career. “It’s a remarkable opportunity to serve even one term in the legislature,” he said. “To serve that many is a real honor.”

Doyle continues to work as a political science professor at Johnson State College. He said he will still be back in the Statehouse in January, leading his students in his annual two-week course.