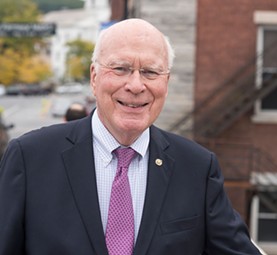 An earlier version of this story was first posted at 9:50 a.m.

Both developments were striking, but for different reasons.

Leahy has served as the top Democrat on Judiciary since 1997, when then-senator Joe Biden relinquished the role. He turned down an opportunity to chair Appropriations in December 2012 when the late Hawaiian senator Daniel Inouye’s death made him the most senior member of the Senate. The position went, instead, to Sen. Barbara Mikulski (D-Md.), who is now retiring.

At the time, Leahy explained that with Democrats in the majority and President Barack Obama in the White House, he would be able to represent Vermonters best with the Judiciary gavel. In a statement Wednesday, the Vermont senator said that Trump’s election had changed that calculus.

“The results of this election have reshaped the policymaking landscape in Washington and show the need for checks and balances, now that one party controls the White House as well as both houses of Congress,” he said. “There are many challenges ahead.”

Leahy said he did “not come to this decision lightly,” noting that both committees “are on the front lines on so many of today’s pressing issues.” But he suggested that, in light of Trump’s election, Vermont would need a greater voice in the debate over federal spending.

“I am committed to continue working as the steward of the trust Vermonters have again invested in me,” said Leahy, who was reelected to an eighth six-year term last week. “I am determined to give Vermonters a front-and-center seat as budget and policy priorities are decided. Right now, at this unusual time, with these results, the best way for me to amplify Vermonters’ voices is as the ranking member of the Appropriations Committee.”

Leahy will continue to serve on the Judiciary Committee, where Sen. Dianne Feinstein (D-Calif.) will take over as ranking member, and he will also keep his post on the Senate Agriculture Committee.

Sanders’ appointment to a party leadership position was unusual given that he is not a member of the Democratic Party. Though he ran for the Democratic presidential nomination, he has remained an independent.

But Sen. Chuck Schumer (D-N.Y.), who will take over for retiring Sen. Harry Reid (D-Nev.) as minority leader, chose to expand his leadership team to include liberals such as Sanders and conservatives such as Sen. Joe Manchin (D-W. Va.). 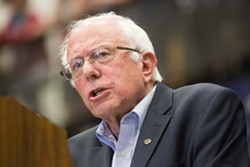 Sanders, who has not agreed to an interview with Seven Days in more than 18 months, said in a statement Wednesday that “real change doesn’t take place on Capitol Hill.”

“It takes place in grassroots America,” he continued. “It takes place when millions of working people, young people and senior citizens come together to demand that our government works for all of us and not just the 1 percent. When the people lead, the leaders follow.”

Sanders said his continued role at the top of the Budget Committee would help “shape the priorities of the United States government.” He pledged to use that position to fight for a budget “that represents the needs of working families and a shrinking middle class, not billionaires.”