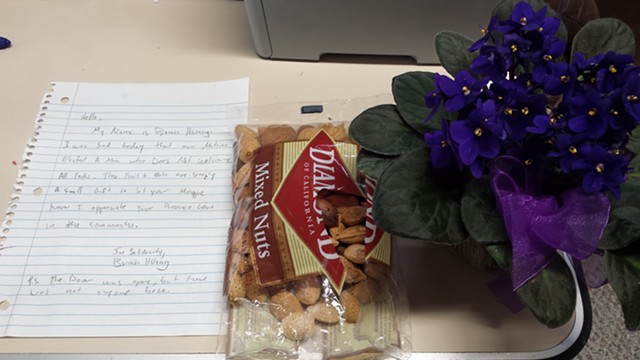 The message in Imam Islam Hassan's sermon during Friday's midday prayer at the Islamic Society of Vermont's mosque in Colchester was unequivocal.

"Do not leave your country out of fear of someone so insignificant," he told his multiethnic congregation days after Donald Trump won the presidential election. Instead, he said, turn to Allah and continue to be productive and contributing citizens.

"Brothers and sisters, this is the time we get together and excel in everything you are doing," the community leader said.

Even before the imam delivered his message of assurance, Faiza Haider said she wasn't scared of anti-Muslim backlash.

"If we were afraid, we wouldn't come to the masjid [mosque] today. We'd be sitting in our house and locking ourselves [in]," the Essex resident told Seven Days. "Whatever will happen, will happen. We depend on Allah," she added.

All of her four children were born in the United States and this is where her family belongs, the Yemeni native said. Her non-Muslim neighbors have never made her feel unwelcome either, Haider said.

Salwa Hayyat, who moved from her native Jordan to the U.S. 38 years ago, shared Haider's sentiments about Vermonters.

"I have faith in the people here in the United States," the Middlebury resident said. "I went through September 11. Everybody was nice to me. I believe they will continue to support me."

But according to the imam, some members of his congregation expressed concern during the campaign, especially when Trump repeatedly disparaged minorities, including Muslims and immigrants.

"These remarks made some feel scared," the imam said.

Since Wednesday, Muslims across the U.S., including in New York City, have reported incidents of harassment.

Reaction in the Green Mountain State has been on the opposite end of the spectrum. 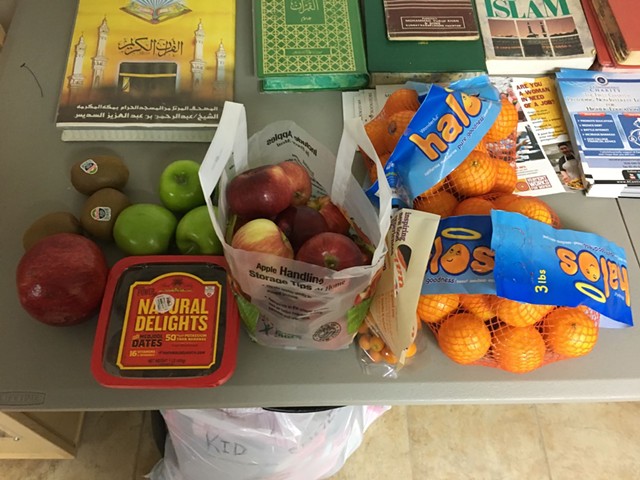 Beth Sightler, the executive director of Champlain Community Services, sent three bags of fruit to the mosque. And Brian Hsiang left a bag full of treats, along with a letter of support, outside the place of worship.

"I was sad today that our nation elected a man who does not welcome all faiths," Hsiang wrote. "These fruits and nuts are simply a small gift to let your mosque know I appreciate your presence here in the community."

These gestures are not uncommon, noted Farhad Khan, president of the Islamic Society of Vermont. The congregation received similar outpourings of support after terrorist attacks in San Bernardino, Calif., and Paris.

In a later interview, the imam was most passionate when discussing Trump's xenophobic rhetoric about immigrants and Muslims. He pointed out that most Americans are immigrants.

"If the immigrants are [considered] less citizens, then [Trump's] wife would [also] be [a] half-citizen," he said of Melania Trump, who will become only the second foreign-born first lady in American history.

Haider, meanwhile, is one worshipper who is taking the imam's message to heart.

"We are going nowhere and we're sticking to our plan: to be Americans," she said.