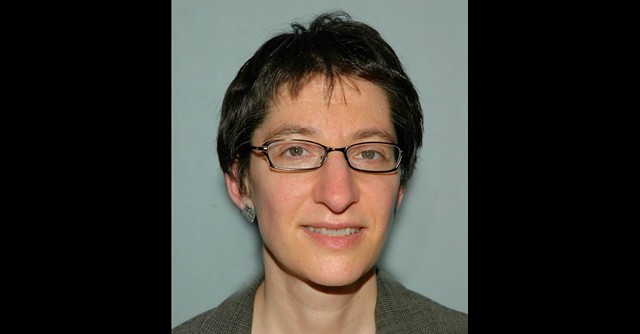 Donald Trump’s surprising victory means one thing for certain: The U.S. will not have its first female president come January. In her concession speech Wednesday, Hillary Clinton acknowledged that “we have still not shattered that highest and hardest glass ceiling, but someday, someone will.”

Among the disappointed: Felicia Kornbluh, an associate professor at the University of Vermont. She specializes in history, gender, sexuality and women’s studies.

Had Clinton won, “it would have been a big freakin’ deal,” said Kornbluh, who spoke to Seven Days on Wednesday to give a feminist’s post-election perspective.

A woman in the Oval Office would have been an enormous breakthrough, one that people young and old perhaps may not have fully recognized, said Kornbluh, who voted for Clinton.

“I think that many of my students and many of us, many people in the U.S. didn’t get what it would take and what it would mean for a woman to be the head of the most powerful country on earth,” Kornbluh explained.

These attitudes are difficult to change, and even women can be sexist and skittish about the transfer of power, she added. Clinton’s run pushed against many stereotypes, Kornbluh said. “It was a big, big lift that we were asking the American people to do.”

Kornbluh had hoped to see a discussion during the campaign of serious issues that affect women, including abortion rights, the unpaid contribution of women as family caretakers, and the low wages for women in fields such as home health care.

Instead, the conversation seemed to be more about women’s right “not to be groped, not to be insulted for their fundamental biological processes,” and “the right to run for office and be recognized for something other than their appearance,” Kornbluh said.

Sex and gender “were all over the place” in the election but the noise didn’t translate to substance, Kornbluh said. “In a way they were so ubiquitous and so loud, and explored in such a crass way that it was almost as though we didn’t have a gender conversation in this election.”

History will remember Clinton for her toughness and resolve in the campaign, and for an important “almost,” Kornbluh said.

Meanwhile, pro-choice advocates are deeply worried that Trump will roll back or restrict abortion rights.

“I think we’re pretty clear that we were dealt a serious blow in this election. We know that we’ll face renewed attacks on women’s ability to successfully access legal abortion,” said Meagan Gallagher, president and CEO of Planned Parenthood of Northern New England.

During the campaign, Trump said he opposed abortion except for cases involving rape, incest or threat to a woman’s health. Trump also said he would withhold federal funding from Planned Parenthood because it performs abortions. Another big worry for pro-choice forces? Trump’s picks for the Supreme Court, which currently has one vacancy and could have more during his term.

“We absolutely have concerns,” Gallagher said. “He has put forth a list of, I think, 20 people that he would nominate. They are all very conservative on this issue and I think would roll back the clock on abortion rights.”

The good news for Planned Parenthood since Trump’s election? “We have had an influx of support, people looking to volunteer and support our work and we welcome all of that,” Gallagher said. “I think that despite the uncertainty one thing is very clear. We will never back down and we will never stop fighting to protect the access to care that so many people, more than 18,000 people in Vermont, depend on.”