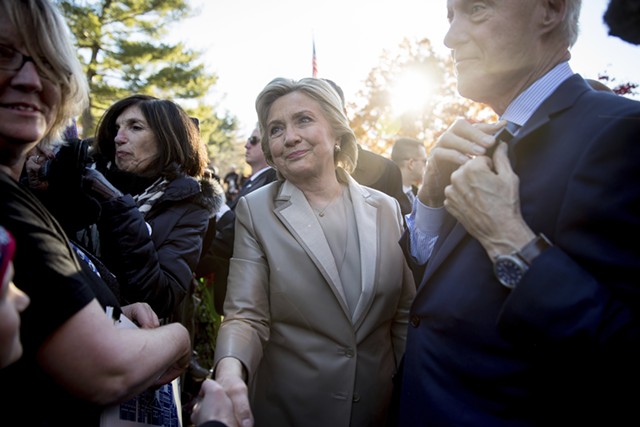 The Associated Press called Vermont for Clinton at 6:59 p.m. — just before polls closed around the state — making it the first in the nation to land in the Democrat's column.

The outcome in Vermont was never in doubt. The state has not backed a Republican presidential candidate since 1988, when then-vice president George H.W. Bush defeated Massachusetts' Democratic governor, Michael Dukakis. Though Trump narrowly won Vermont's presidential primary election in March, he never came within 25 points of Clinton in state general-election polling.

Over the past year, a series of prominent Vermont Republicans distanced themselves from Trump, saying they would write in other candidates for president. Those included Lt. Gov. Phil Scott, who would go on to win the governor's race Tuesday, lieutenant gubernatorial nominee Randy Brock, U.S. Senate nominee Scott Milne and the party's legislative leaders, Sen. Joe Benning (R-Caledonia) and Rep. Don Turner (R-Milton). On Tuesday, Scott said he'd decided in the end to cast his presidential ballot for Ohio Gov. John Kasich, who came in a close second to Trump in Vermont's presidential primary.

Vermont played an outsized role in the early months of the 2016 presidential election, when home-state Sen. Sanders mounted a spirited campaign to seize the Democratic nomination from Clinton. But after Sanders endorsed Clinton in July, the state largely dropped off the presidential map.

Clinton did not once campaign in Vermont, while Trump held a single rally at Burlington's Flynn Center for the Performing Arts in January.