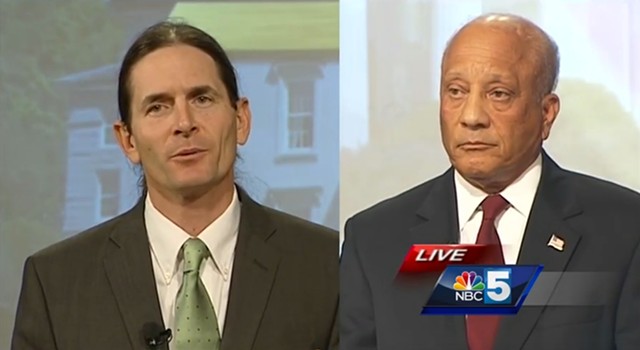 This marks the second time during the campaign that Brock has aired negative ads about Zuckerman, who held a strong lead in two recent polls as the two compete for the open lieutenant governor’s seat.

“Imagine our disgust when video surfaced showing David Zuckerman disparaging the guard for crass political gain,” the new ad’s narrator says. The ad then airs video of Zuckerman addressing a 2013 rally against F-35 fighter jets. He says: “When I look at what our planes did on 9/11, I don’t believe they stopped a single thing from happening.”

“Vermont needs a lieutenant governor who respects our National Guard,” the ad’s narrator says.
Last week, Zuckerman apologized for the 2013 comment after F-35 supporter Nicole Citro posted a video of the rally online.

In the last week, Zuckerman has spent $8,500 on television ads, which have sounded a positive message about the candidate without naming his opponent.