Despite Rain and Even Snow, Vermont's Drought Persists | Off Message

Despite Rain and Even Snow, Vermont's Drought Persists 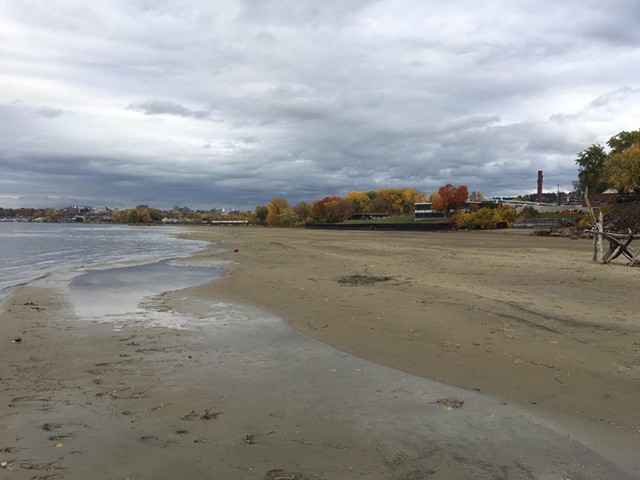 The rain and snow have helped a little. But Vermont remains in the grip of its worst drought in more than a decade, and officials say threats to drinking water supplies could linger into the winter.

According to a Thursday update of the federal United States Drought Monitor, most of Vermont is experiencing a “moderate” or “severe” drought. The Northeast Kingdom has received a little more rain and is considered only “abnormally dry.” (The Drought Monitor labels the worst droughts “extreme” and “exceptional” — conditions that parts of Massachusetts, the deep South and Southern California are experiencing.)

The National Weather Service said that 2016 is the ninth driest year on record in Vermont, and the worst since 2001.

Even with nearly two inches of precipitation in the last several days, rainfall at Burlington International Airport is about 30 percent below normal for this time of year, National Weather Service meteorologist Eric Evenson said.

Last week, state agencies convened a rarely impaneled emergency drought task force, which includes representatives from the Agency of Agriculture, Food & Markets, the Department of Environmental Conservation and other groups. The task force will encourage water conservation and other preventative measures, but has not mulled any mandatory conservation, DEC spokeswoman Danika Frisbie said.

Instead, the task force is focused on lining up water haulers and other assistance to towns, dispensing advice for conservation and preparing to respond to any severe emergencies, Frisbie said.

Dorset, South Royalton and the village of Jeffersonville asked residents this month to curtail water use after their water supplies, fed by natural springs or small rivers, ran perilously low.

There have been other signs of drought.

A passing driver detected a five-acre forest fire in the Bolton woods on October 7. Officials believe a lightning strike ignited it, perhaps days before it was detected. It spread into the parched ground. It was a highly unusual fire for Vermont.

Smoke rose from underground, like something out of a sci-fi movie. But there were no flames: The fire was feeding on dried roots and detritus two to eight inches below the surface, according to Steve Sinclair, a forester from the Department of Forests, Parks and Recreation. 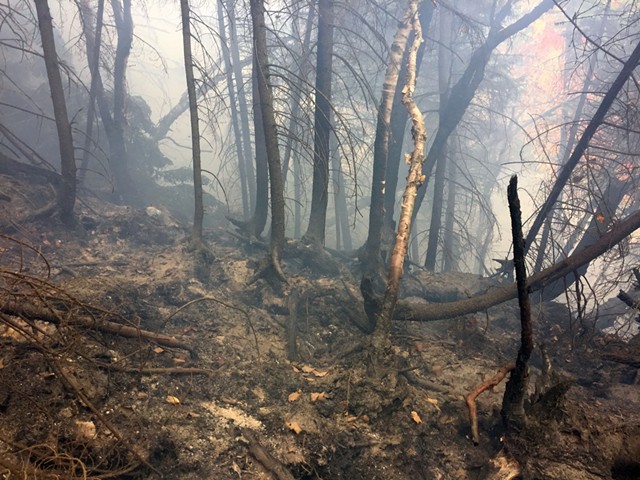 Two weeks later, a similar blaze, about one acre in size, broke out in nearby Richmond, off Stage Road.

In both cases, firefighters decided to monitor the remote fires but not to send in teams to extinguish them. Last week’s rain finally put them out.

The drought’s effects have been most visible on Lake Champlain, where retreating waters have widened beaches.

The Fort Ticonderoga ferry, which runs between Shoreham and Ticonderoga, N.Y., and is the country’s oldest cable-pulled ferry, closed early for the first time in its history on October 17. The water was so low that the ferry would have grounded on the New York side before making it to shore.

Point Bay Marina in Charlotte has been scrambling to make sure all of its boats can remain afloat in a shallow harbor. Its workers have been challenged by the difficulty of hauling in boats for the winter in shallow water.

But there has been a sliver of good news, its general manager, Todd Smith, said. The marina has seen an uptick in repair business — groundings have been occurring regularly on the lake all summer long.

“It’s great for business, but you hate to see that,” Smith said. “You hate to see people lose a couple weeks of boating season — it’s short enough as it is.”

History buffs have also received a perk. Burlington Harbor, Shelburne Bay and other spots around Lake Champlain are littered with wooden breakwaters and barges that have previously been visible only to scuba divers — but are now peeking above the waterline.

Though the water shortage may seem dire, there is a bit of good news: Vermont was struggling with similar conditions in the fall of 1999, but was able to quickly get back to normal rainfall levels by the end of the year.

The bad news is that it took a hit from Tropical Storm Floyd to get the job done.
“That’s not the way we want to recoup the deficit,” National Weather Service hydrologist Greg Hanson said.