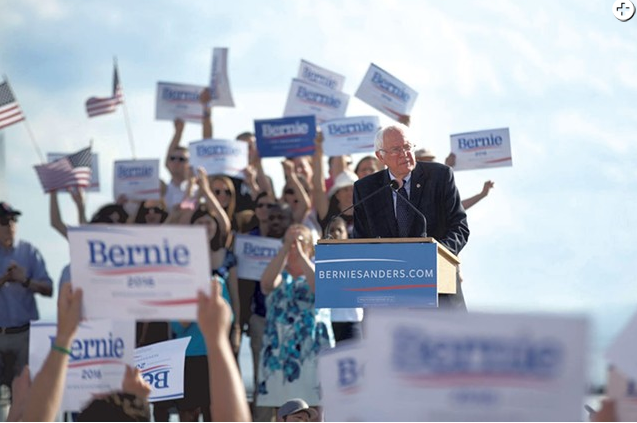 The events start Friday in Montpelier with a 7 p.m. rally (doors open at 5) at the Vermont College of Fine Arts Alumni Hall, according to Meg Polyte, the spokeswoman for Progressive/Democratic governor candidate David Zuckerman.

Zuckerman will attend five of the events, Polyte said.

Also expected to attend at least some of the rallies are Democratic attorney general candidate T.J. Donovan and state House candidates.

Rallies will also be held at:

Sanders, who won 86 percent of the state’s Democratic presidential primary vote but has made few public appearances in Vermont since then, will draw a crowd. His support could be particularly helpful for Minter, who came into the open governor’s race against Republican Lt. Gov. Phil Scott with less name recognition. Sanders endorsed Minter and Donovan, the Chittenden County state’s attorney, just last week. He endorsed Zuckerman in August.