Steven Bourgoin, the suspected wrong-way driver in the car crash that killed five teenagers, remains hospitalized but has been formally arrested and was in the custody of the Department of Corrections, Vermont State Police said.


That means a corrections officer is posted in his room at UVM Medical Center, said Det. Lt. Lance Burnham. Bourgoin's medical status has been upgraded from critical to fair, a hospital spokesperson said. That means he is now conscious.


Burnham said state police served the arrest warrant at the behest of a judge.


An arraignment has yet to be set and will likely be arranged by the state’s attorney’s office, Burnham said. Bourgoin faces charges of grossly negligent operation of a vehicle — the police car — and aggravated operation without the owner’s consent. Chittenden County State’s Attorney T.J. Donovan said on Monday that Bourgoin’s bail has been set at $1 million.


Bourgoin was hospitalized early Sunday morning after stealing a police cruiser that responded to the fatal crash, which was caused by a pickup truck heading the wrong way on Interstate 89, police said. 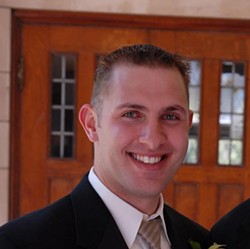 Bourgoin, who police say is suspected to have been driving the truck, drove the cruiser south, then turned around after encountering a police car, and drove against traffic. He ultimately crashed at high speed into cars at the scene of the original crash. He was thrown from the vehicle. According to a police affidavit, he tried to escape as law enforcement officers apprehended him.


Donovan on Monday said that Bourgoin is also the primary suspect in an active homicide investigation into the deaths of the teenagers.