Since May, 10 ‘Black Lives Matter’ Signs Stolen From Rokeby Museum | Off Message

Since May, 10 ‘Black Lives Matter’ Signs Stolen From Rokeby Museum 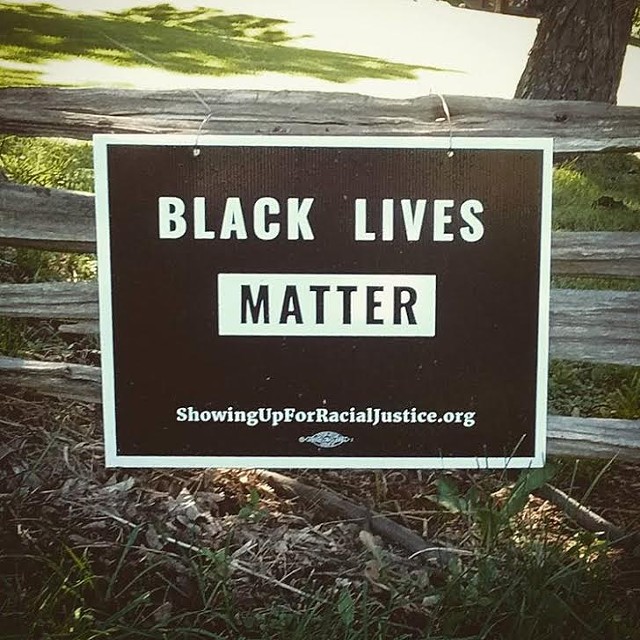 Jane Williamson planted the first “Black Lives Matter” sign on Route 7 five months ago. She figured it was consistent with the mission of the family that settled on the spot 200-plus years before that: The Robinsons were white Quaker abolitionists who opened their home to freed and fugitive slaves.


Ten stolen signs later, the executive director of the Rokeby Museum in Ferrisburgh has decided enough is enough.

“It feels like we’re just feeding the landfill,” said Williamson. “The signs don’t stay up long enough for people to see them … I was not expecting this kind of really strong opposition.”

July was the worst month for thefts, which Williamson attributed to racial tensions after lethal police encounters in Louisiana, Minnesota and Dallas. The museum received phone calls and emails from people who claimed that Black Lives Matter is a “racist hate group” whose “goal is to incite violence against white people, especially police officers.”

One man stopped in to tell Williamson about the sign, thinking someone had vandalized the property by erecting it without her consent.

Williamson stunned the man by saying she’d put it up.

“He could hardly take that in,” she said. “He was so confused by that concept, that we would put them there.”


As summer became fall, her signs kept disappearing, even after being zip-tied to a fence. When Williamson started bringing them in at night, two disappeared in broad daylight.


Then Williamson heard a Black Lives Matter flag had been stolen from the University of Vermont campus. No arrests have been made, but campus police are investigating the September 25 incident as a case of misdemeanor petty larceny.

“This is what I mean by determined,” Williamson said of the thefts. “This isn’t just, ‘I think that’s bullshit;’ these are people who are actually going to some effort.”

Next summer the Rokeby Museum will host an exhibit on abolition, in honor of family patriarch Thomas Robinson, who purchased the property in 1792. His progeny lived there until 1961, when the Rokeby became a museum. Now it’s a National Historic Landmark.


As part of next summer’s exhibit, Williamson has tentatively planned a panel discussion on the Black Lives Matter movement, which she views as a continuation of the Robinson family’s fight for civil rights. The panel, which will include local professors, authors and at least one member of the Vermont State Police, “seems to me a more substantive way of approaching the issue than just putting up a sign,” she said.


That doesn’t excuse whoever used theft to try and silence different points of view, she added.

“I think the message I take away from this is that there’s more active racism in Vermont than I knew,” Williamson said.