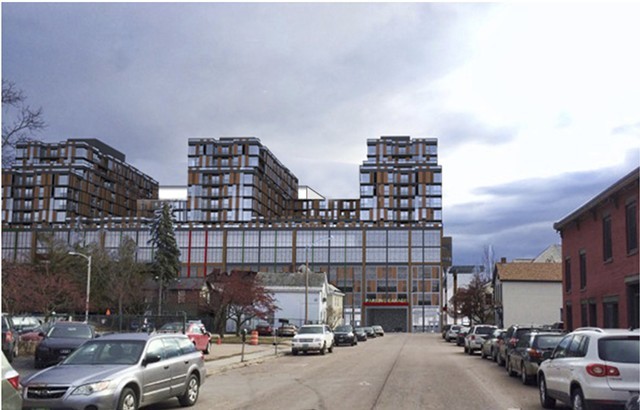 The Burlington City Council approved a zoning change that will allow taller buildings in one section of downtown. The vote Thursday night was 8 to 3.

But the council will also let voters have the final say, as they decided to put the question on the November ballot — a move backed by Mayor Miro Weinberger. The decision appeared to be preemptive. Opponents of the project were planning to collect signatures for a petition that would spur a citywide vote.

In the new district, the maximum building height would increase from 105 feet to 160 feet. New developments would also be subject to higher environmental and architectural standards. 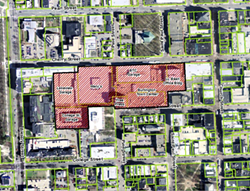 Opponents and proponents came out to Contois Auditorium in full force. At one point during the public forum, city council President Jane Knodell reminded the crowd that the subject at hand was the creation of a new zoning district — not the proposed Burlington Town Center redevelopment. But the connection between the two is hard to overlook, given that developer Don Sinex requested the zoning change and insisted on its passage before he’d undertake the $250 million makeover. And speakers — councilors included — continued to address the merits of the project itself.

Critics of the redevelopment have suggested it will cater to the wealthy. Weinberger, though, argued the opposite: “When we say no to more housing again and again, we don’t force out of our community ... the rich people … The people we’re forcing out when we say no and no again are the poor and the disenfranchised.” Weinberger also noted that President Barack Obama recently made a similar argument, calling on cities to revise zoning to promote growth.

“I think it’s clear that scale has been an issue for a number of us,” countered Progressive Selene Colburn, who was one of the three councilors to oppose the zoning change. She said she objected to the suggestion that “to oppose this scale is to oppose progress, affordable housing, economic development, and now diversity, inclusion, and equity.”