Shumlin Using State Plane to Commute from Putney | Off Message 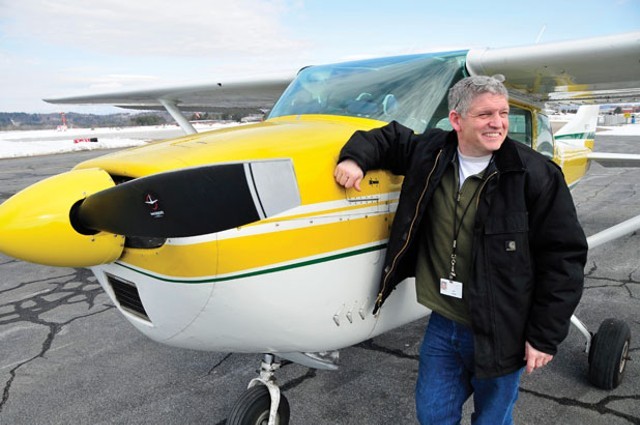 Since moving to southern Vermont last month, Gov. Peter Shumlin has been catching more rides in a state-owned airplane.

Shumlin rode the Cessna 182 to or from public events three times in September, according to spokeswoman Sue Allen. He was scheduled to take a fourth trip last Friday, as WCAX-TV first reported, but it was canceled due to inclement weather.

The governor, who moved in August from East Montpelier back to his hometown of Putney, used the plane just four times in the year prior to his relocation.

At an unrelated press conference Wednesday, Shumlin defended his frequent flier status. He said that taking the plane from Hartness State Airport in nearby Springfield saves his Vermont State Police detail from having to make the 220-mile roundtrip from Montpelier to Putney to pick him up and drop him off. But he conceded that the plane has its limitations.

"It can only fly when it's blue sky," the governor said. "It can't fly at night."

And, Shumlin added, his security detail doesn't love the idea of him riding in the ancient aircraft.

"I've had the door pop open on me in flight," he said.

Shumlin's fondness for flying has gotten him in trouble before. During his 2012 campaign for reelection, the governor took the plane to an Addison County fundraiser. After Seven Days inquired about the flight in February 2013, his campaign reimbursed state government.

Around the same time, Shumlin's administration sought to replace the Cessna with a 2013 Beechcraft Baron — to the tune of $1.6 million over a decade. The governor withdrew the proposal after Senate Transportation Committee Chair Dick Mazza (D-Grand Isle) objected. Later that year, the Cessna was repaired at a cost of $68,000.

Shumlin's recent trips haven't cost much, according to figures provided by Allen. The three September flights, from Springfield to Burlington, cost $112.80 apiece.

According to Allen, Shumlin saved taxpayers a great deal of money by moving to Montpelier and then East Montpelier for much of his six-year tenure.

"In the instances that he's used it recently, it's an efficient use of taxpayer dollars compared to multiple round-trips in security's vehicle," she said. "With many competing events and invitations and priorities, the governor tries to be in as many places as he can and this can be the most efficient way to get him there."