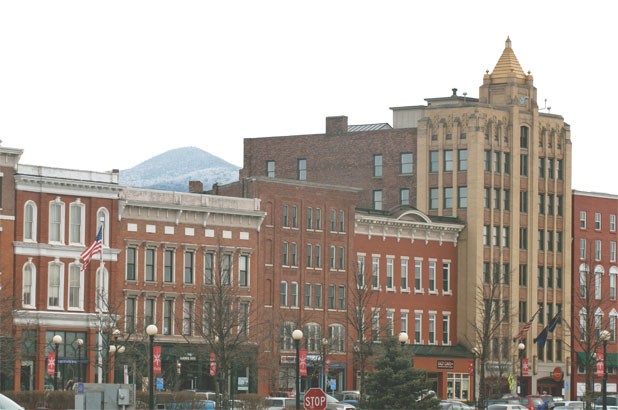 Updated to include a statement from Vermont's congressional delegation.

The State Department has approved the resettlement of Syrian refugees in Rutland, according to the Vermont Refugee Resettlement Program.

"The Syrians are coming to Rutland, Vermont! This outcome was expected, Rutland is a welcoming community," according to a statement posted on the VRRP's Facebook page. The agency is a field office of the U.S Committee for Refugees and Immigrants.

It isn't clear when the first Syrians will arrive in Rutland, but VRRP hopes that the resettlement will begin before the end of the year. The agency also said that there will be an office in Rutland with trained staff to help the Syrians settle in their new country.

Several people posted messages of support on the Rutland Welcomes Facebook page. "I am available to help out with the office and am interested in the training to be a family friend," wrote Jacqueline Abbey.

"We know the good people of Rutland and Vermont will welcome these newcomers into the community,"  the statement reads. "Struggling families, fleeing peril and motivated to start their lives anew, always have and always will enrich America and contribute immeasurably to our state."

The resettlement plan has polarized the city since Mayor Chris Louras announced last April that he wanted to bring 100 Syrian refugees to Rutland.

A loose-knit group, called Rutland First, has questioned the secretive nature in which the USCRI developed the plan with Louras, Gov. Peter Shumlin and Vermont's congressional delegation. They are also skeptical that Rutland would be able to provide the services and support that the Syrians need.

An investigative report found Louras did not work outside of his mayoral authority in developing the plan.

Meanwhile, the Rutland Welcomes group has been sharing ideas on how to make the city more welcoming for the Syrians.

Last week, Alfonso Villegas wrote, "There are many students at Vermont Law School that support your mission. We would love to help in any way we can! Specifically, the Latin American Law Student Association would love to volunteer, host events, and promote drives."