Shumlin to Nominate Dooley’s Successor to Supreme Court | Off Message 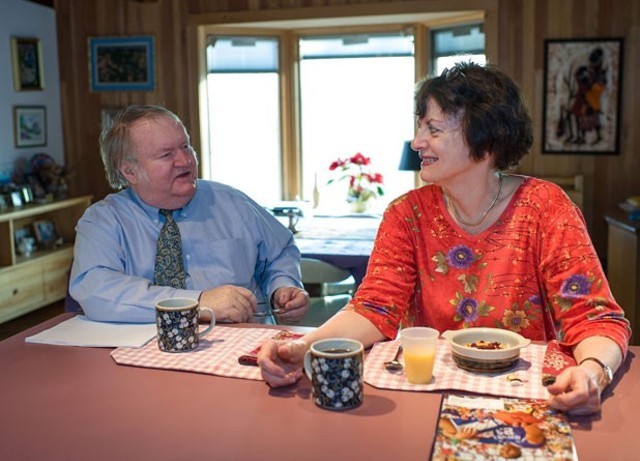 But according to the governor’s spokeswoman, Sue Allen, “The governor plans to interview qualified candidates and name a successor to Justice Dooley this fall.”

Since last Thursday, Allen dodged repeated questions from Seven Days about Shumlin’s intentions. On Tuesday, she said that the governor’s staff had been researching the matter and consulting with legislative leaders about the process.

“As it turns out, the statute and [Judicial Nominating Board] rules are clear: when a Supreme Court justice announces they will not be a candidate for retention, the nominating board — upon notification by the governor of the vacancy — ‘shall’ initiate the process to send candidates to the governor,” she said.

Allen added that the board, which includes members appointed by the governor, the House, the Senate and the Vermont Bar Association, is “prepared to accept applications and make recommendations to fill the seat on the Supreme Court.”

“Clearly he thinks Phil is going to win,” Scott campaign coordinator Brittney Wilson said Tuesday. “So, that’s a good sign from our point of view and the point of view of Vermonters who want Montpelier to focus on the economy and affordability.”

But Wilson questioned whether Shumlin has the legal authority to appoint Dooley’s replacement prior to his departure. She noted that the Vermont Constitution allows a governor to fill a vacancy only “with the advice and consent of the Senate.” The legislature currently stands in adjournment and is not scheduled to return until next January, shortly before the next governor is sworn into office.

“If Dooley is stepping down after Shumlin leaves office, how is it legal for him to nominate someone to fill a vacancy that doesn’t yet exist?” Wilson asked. “And how can it be reviewed by a Senate that hasn’t yet been elected?”

The Constitution does allow for interim appointments to the Court when the Senate is not in session.

Even if Dooley serves out his term, which expires on March 31, he could still be replaced by a Shumlin pick, according to Allen — so long as that pick is made before the governor’s departure.

“As a practical matter judges are regularly announced without Senate confirmation,” she said. “The Senate will return in January and have the opportunity to act on the nomination.”

To Wilson, a premature Shumlin appointment would be unethical — and “absurd.”

“Extending Shumlin’s twisted legal logic to its conclusion, he could theoretically appoint all of the next governor’s cabinet before leaving office, which is really absurd, would be an unprecedented and disruptive overreach of a governor, and would really call Peter Shumlin’s ethics into question, again,” she said.

Minter’s campaign declined to say whether she thought Shumlin had the power to appoint a permanent successor.

“If the governor has legal authority to act now, Sue believes he and the nominating committee should ensure continuity on the court,” her spokesman, Elliott Bent, said late Tuesday. “When previously asked, Sue said that she would nominate a justice who is qualified, fair, impartial and known for integrity. Sue also cited the need to consider diversity of the court in any decision-making process.”