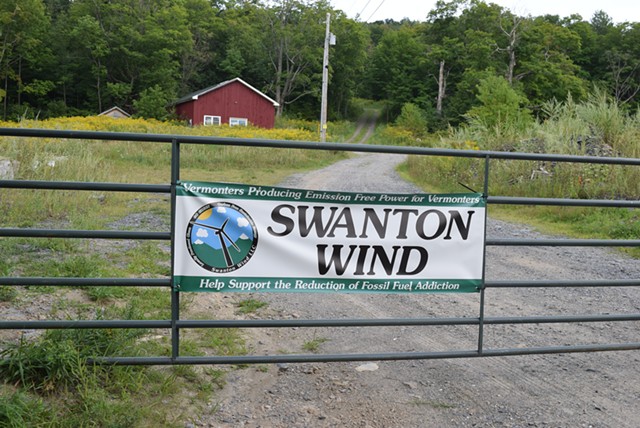 Swanton Wind filed its long-anticipated application Thursday to build as many as seven wind turbines on a hilltop in Swanton.

Lawyers submitted the application for a certificate of public good, a package of expert testimony and proof they'd paid a $100,000 filing fee to the state Public Service Board on behalf of Travis and Ashley Belisle, a local couple seeking to build the turbines on their property.

As part of the application, the couple made a new offer designed to appease critics. They said they would give a post-construction buyout option for neighbors within 3,000 feet of the turbines who are unhappy with the project.

"Swanton Wind is confident that if a neighbor wants to sell, Swanton Wind will be able to resell quickly any property purchased under the program," the couple said in a news release.

The Belisles estimate that the project, if approved, would supply enough power to serve about 7,350 Vermont homes.

The Belisles are offering to contribute $150,000 a year to the town of Swanton in return for hosting the project, which they noted was enough to cover the town's police or library budget.

The application comes after months of preparation and controversy within the community. This step launches what is typically a lengthy and contested Public Service Board process to determine if the project is in the state's overall public good.

The Belisles' application provides expert testimony contending the project will not have any adverse impact on public health, safety, wildlife or the environment. Other testimony makes the case that no new electric transmission facilities would be needed to absorb power from the turbines onto the grid.

Neighbors are strenuously opposing the project, arguing that its construction will cause environmental damage and that the turbines pose a risk of causing noise and shadow-flicker disturbances. A year ago, the Swanton Selectboard penned a letter asking the Public Service Board to reject the project. 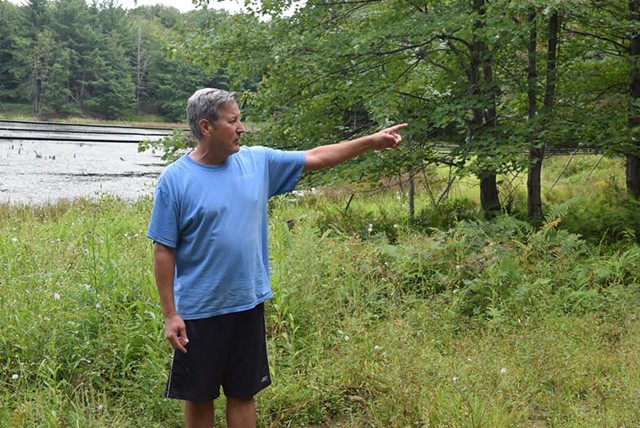 Green Mountain Power, Vermont Electric Cooperative and Burlington Electric Department officials have said they are not interested in buying electricity from the project.

"We don't see how this project fits in," Mary Powell, Green Mountain Power's CEO, told Seven Days last October. Swanton Wind is asking the Public Service Board to require utilities to buy the power under a rarely invoked federal law.