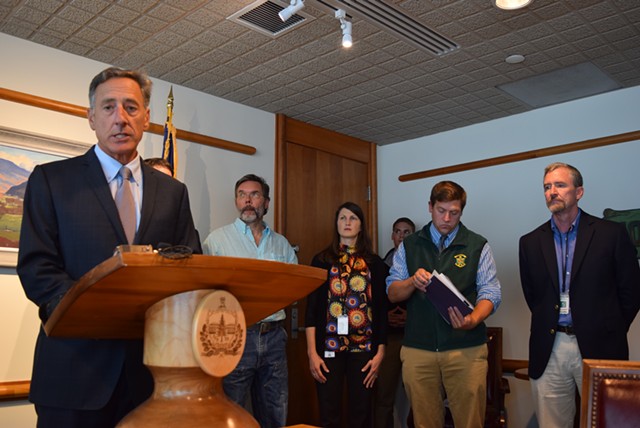 State, federal and local officials announced a plan Wednesday to treat the LaPlatte River in Shelburne this fall with a pesticide to kill off pesky sea lamprey, which prey on game fish.

The plan resolves a heated disagreement among state officials over whether the treatment should take place this year.

The plan, which still requires a state-issued permit, is to install a temporary filtration system at the Champlain Water District's treatment plant to protect the public water supply from the pesticides used, Gov. Peter Shumlin said at a news conference.

The LaPlatte flows into Lake Champlain's Shelburne Bay. The Champlain Water District, which serves about 70,000 customers in Chittenden County, has two water intakes in the bay, about half a mile from the river.

Jim Fay, general manager of the water district, said tests have shown the bay to be among the best sources of clean water in the lake. Fay said plans are in the works to buy a permanent filtration system like the one it will rent, and that the new system will also filter other toxic chemicals.

The plan to use a rented filter will cost about $100,000, including $18,000 in engineering studies. The U.S. Fish & Wildlife Service, which treats waterways for lampreys, will contribute $30,000; the Champlain Water District, $47,000; and the state will pay the rest, Shumlin said. 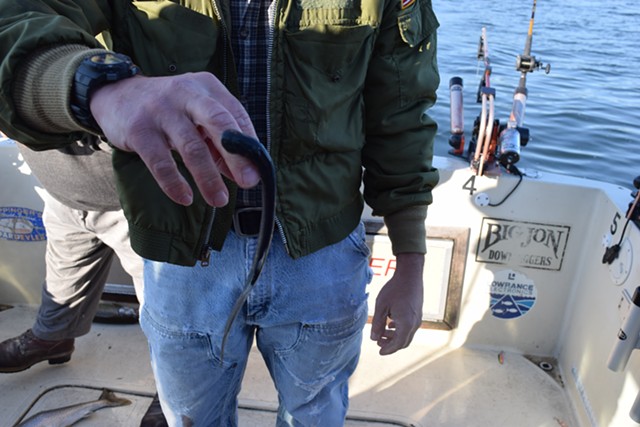 Lamprey are eel-like fish with sharp teeth that suck on the flesh of other fish, leaving them with open wounds.

This summer, the state Department of Health lowered the allowable amount of the chemical pesticide TFM in drinking water, from 35 to 3 parts per billion. The department determined that a study that the state had relied on to set standards was outdated and had not been peer-reviewed. The lower limit meant the state would not have been able to issue a permit for the U.S. Fish & Wildlife Service to treat the LaPlatte River this year.

"For the last 24 years, we've been applying lampricide with drinking-water standards of 35 parts per billion," state Agency of Natural Resources Secretary Deb Markowitz said Wednesday. She noted that the state is planning a two-year study of the chemical. "Some in the agency really pushed on why we were changing it now and why not continue while we studied it," she said.

Paul Burns, executive director of the Vermont Public Interest Research Group, credited the Health Department and the Agency of Natural Resources for insisting that the state hold to the stricter standard despite pressure from anglers.

"We would have been squawking if they went forward without filtration, which a number of parties wanted to do," Burns said. His organization sued unsuccessfully 14 years ago trying to stop lampricide treatment over concerns about the toxicity of the chemicals used. He said he still believes the chemicals and their environmental impact have not been sufficiently studied.

Though Lake Champlain tributaries have been treated for a quarter century, this would be the first such treatment for the LaPlatte River. Lamprey populations turn up in untreated areas such as the LaPlatte, said Brad Young, sea lamprey control manager with the U.S. Fish & Wildlife Service.