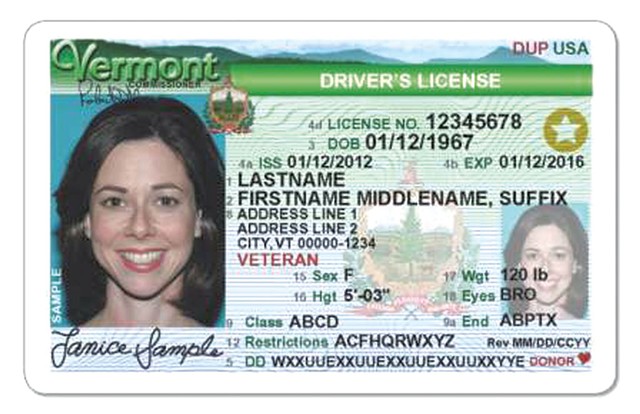 The Vermont Department of Motor Vehicles has settled a complaint brought by a Jordanian national who alleged that DMV workers discriminated against him by alerting federal immigration officials after he applied for a driver’s privilege card.

The DMV agreed to pay Abdel Razaq Rababah $40,000, change its driver’s license application, and provide training to prevent employees from engaging in discrimination. The DMV made other concessions as part of a deal with the Vermont Human Rights Commission and the American Civil Liberties Union of Vermont.

“Actions like those taken against Mr. Rababah, based on his national origin, have a chilling effect on others who may wish to take advantage of this important program,” Human Rights Commissioner Karen Richards said in a prepared statement. “The public-interest relief obtained through this settlement will help to ensure that this vital benefit is available to those it is intended to serve without risk of immigration consequences.”

“We acknowledged we had made a couple mistakes and have already gone to work to correct them so they don’t occur,” DMV Commissioner Robert Ide said. “We hope that nothing like this happens again.”

The case centers on a 2014 law championed by immigrant groups and Vermont’s dairy industry, which employs migrant workers. It allows undocumented immigrants to obtain a driver’s privilege card. The law requires applicants to prove they live in Vermont — but not as legal U.S. residents.

Shortly after the law was implemented, Rababah, who had been living in Vermont for 10 years, went to his local DMV office in Dummerston to apply for a driver’s privilege card.

Though he had already received a provisional driver’s privilege card months earlier, Rababah was granted only a temporary card by DMV employees, who were “openly hostile” to him, the ACLU said. The DMV then initiated a fraud investigation against him that “was ultimately found to be based on a DMV employee’s alteration of his application,” the ACLU said.

The DMV also contacted federal immigration authorities, who told the DMV that Rababah was from a “country of interest” and had overstayed a student visa a decade earlier, the ACLU said.

Immigration officials asked the DMV to notify them if they saw Rababah again. DMV investigator Jeremy Desjardins then arranged a meeting with Rababah. But it was a trap, according to a Human Rights Commission complaint.

When Rababah arrived, he was confronted by agents from U.S. Immigration and Customs Enforcement and arrested. He spent several days in a federal detention center and deportation proceedings were launched, the ACLU said. Rababah, who could not immediately be reached for comment, spent two years in immigration court.

His current immigration status is unclear. The ACLU and the Human Rights Commission declined to discuss that issue.

“I was promised safety when accessing services from the DMV, and when I went to the DMV I went with good faith and good intention,” Rababah told VTDigger. “I had done nothing wrong.”

ACLU of Vermont staff attorney Jay Diaz said: “Through this settlement, Mr. Rababah has achieved justice not only for himself but also for the many other individuals the driver’s privilege card law was intended to benefit.”