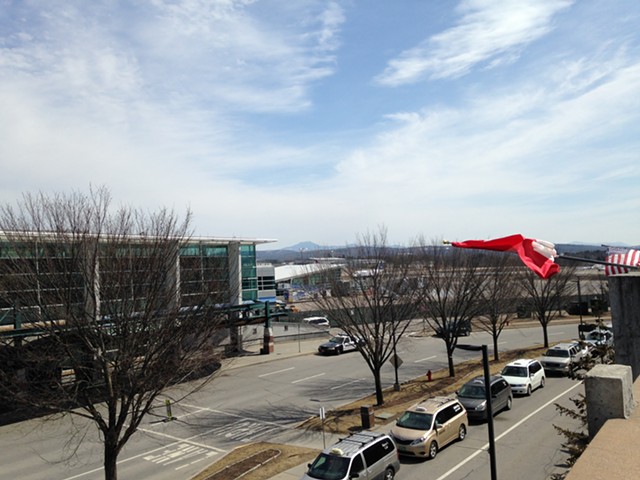 The property tax bill at Burlington International Airport is expected to shrink substantially under a settlement that ends a long-running municipal squabble.

The valuation on airport land and buildings will drop from $77 million to $52 million under an agreement approved by the South Burlington and Burlington city councils Monday night.

Airport director Gene Richards predicted the settlement will save the airport about $800,000 annually. Last year, Burlington paid South Burlington about $1.59 million in airport property taxes and payments in lieu of property taxes.

The roughly 870-acre airport is owned by the city of Burlington but is located in neighboring South Burlington. The host city dramatically increased the airport’s assessment and tax bill in 2012. Burlington protested and a four-year court battle ensued.

In March, a court ruling clarified some, but not all, of the contested tax issues. The two cities were set to go another round in Vermont Superior Court this month, but were able to hash out a compromise agreement through mediation that was ordered by Judge Helen Toor.

In exchange for a substantially lower tax liability going forward, the airport and Burlington agreed not to pursue refunds on some $2 million in disputed tax payments since 2012.

South Burlington did agree to reimburse Burlington for a small portion of the disputed taxes with a tax credit of $59,000 for two consecutive years. The settlement extends to 2028.

It will bring stability and predictability for both communities around the tax question, said Richards.

"It’s a win-win,” Richards said. “Now there’s a methodology and a method to determine how the airport is taxed.”

Political leaders in both cities issued statements praising the agreement. Helen Riehle, chair of the South Burlington City Council, thanked all those who worked to resolve a battle that kept lawyers busy for years.

“This was an enormously complex property tax case that involved a variety of land uses and narrowly written statutes that apply to airports and property owned by one community but located in another,” Riehle wrote. “I want to express my appreciation to the staff and attorneys of both cities, who worked tirelessly to arrive at this negotiated settlement, and to Councilor Meaghan Emery who attended the mediation sessions on behalf of the council.”

Burlington Mayor Miro Weinberger called the settlement a good thing for the traveling public and the health of the airport.

“It represents another important step in our multiyear effort to restore financial stability to the Burlington International Airport, and will allow the airport to continue making progress on the financial metrics that led to BTV’s credit rating upgrade in December 2014, without putting new price pressures on air travelers or the airlines,” he said.