Voting in Vermont's Primaries Is Off to a Sleepy Start

by Alicia Freese and Terri Hallenbeck 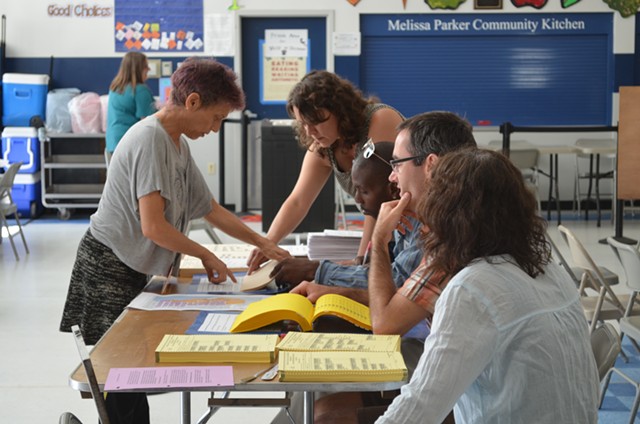 Tuesday is International Day of the World’s Indigenous Peoples. And, according to not-totally-reputable websites, National Rice Pudding Day. Oh, and in Vermont, it’s primary day.

The polls are open, if not exactly teeming with people. A trickle may be too generous a term to describe the traffic at the Sustainability Academy at Lawrence Barnes in Burlington’s Old North End Tuesday morning. The ratio of election workers to voters stayed at around 8-to-1.

Only a few people stood outside the school, where candidates or proxies often canvass at the last minute for votes. One man handed out fliers questioning the Burlington Town Center redevelopment; another collected signatures to re-reroute the Burlington Bike Path.

Voting was similarly slow across the river in Winooski. 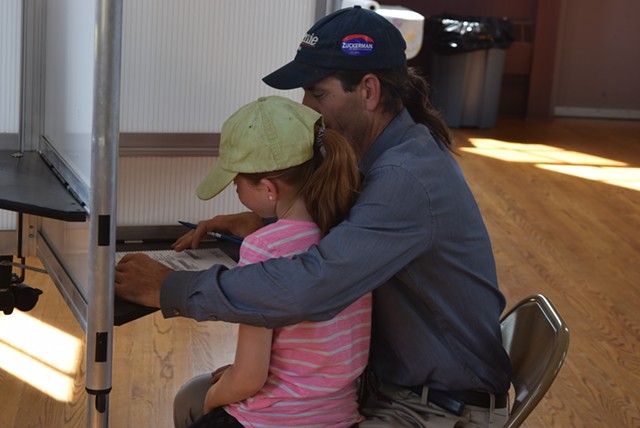 In Hinesburg, David Zuckerman, a Democratic candidate for lieutenant governor, campaigned outside his own polling place before he and his wife, Rachel Nevitt, voted Tuesday afternoon.

“It’s going to be neck and neck,” Zuckerman told voter Diane Derrick as Derrick headed into the town hall.

Gauging the three-candidate race for lieutenant governor is tough, Zuckerman acknowledged. A farmer and state senator, he is competing with House Speaker Shap Smith of Morristown and state Rep. Kesha Ram of Burlington.

“The reality is, nobody knows,” Zuckerman said.

Voters have until 7 p.m. to cast ballots for statewide officials, senators, and representatives. If you’re looking for your polling place, check out the Secretary of State’s poll finder. 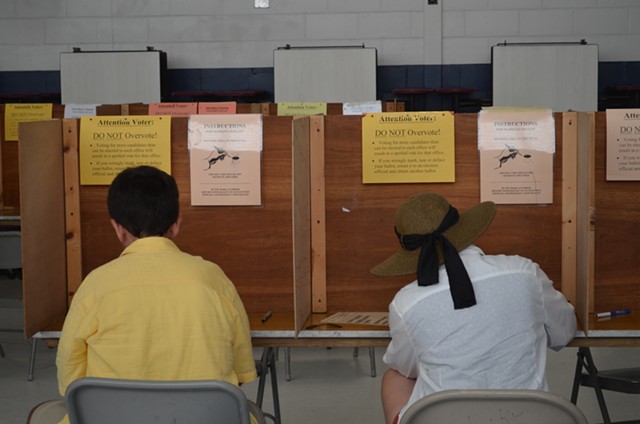 On the Republican side, the governor’s race — between Bruce Lisman and Lt. Gov. Phil Scott — is the one to watch. On the Democratic ballot, Matt Dunne, Peter Galbraith and Sue Minter are vying for governor.

Seven Days reporters will be out in the field compiling results and capturing the flavor of candidates’ post-election parties from Barre to Burlington.


Check out photos from primary day