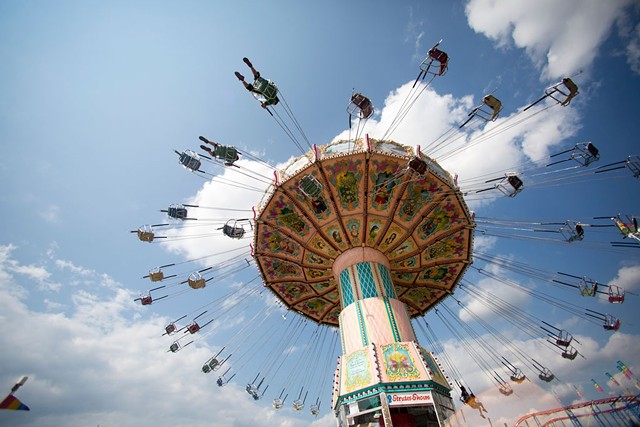 The Addison County Fair & Field Days board has voted to prohibit vendors from selling Confederate flags or merchandise with images of the flag at the annual event, which runs from August 9 to 13 in New Haven.

The vote took place Monday and vendors have been notified of the new policy, according to Field Days business manager Cara Mullin.

In the past, Confederate flag merchandise has been sold at the agricultural fair that draws thousands of people to view horse team hitching, racing pigs, arm wrestling, tractor pulls and 4-H exhibits. The board's vote came in response to concerns, Mullin said.

She declined to comment further and referred a reporter to Field Days board president Jim Foster. He did not immediately respond to a request for comment.

On Wednesday, a Change.org petition calling for a ban on Confederate flag merchandise had 417 signatures.

Nationally, the Confederate flag is increasingly criticized as a symbol of racism and the ugly legacy of slavery in the United States. Defenders of the flag, meanwhile, often portray it as a benign nod to Southern heritage and rural traditions.

Although Vermont is a northern state, the debate about the flag and terms associated with it has been active here, too. Last year the South Burlington school board decided to keep "Rebels" as the name for high school teams despite criticism that the term had a racist taint.

Also last year, a Burlington city employee who displayed a large Confederate flag on his truck in a Burlington Public Works parking lot generated ire as well as a free speech debate.