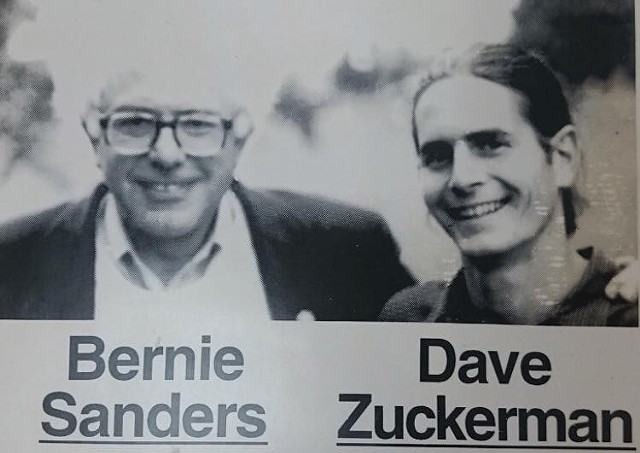 Zuckerman, Smith and a third candidate, Rep. Kesha Ram (D-Burlington), are squaring off in an August 9 primary. Former state senator and auditor Randy Brock is running unopposed for the Republican nomination.

Statewide candidates have been eagerly awaiting word on potential endorsements from Sanders, whose recently concluded presidential campaign has made him a national star. But until this week, the only Vermont candidate he’d publicly supported this year was Rep. Chris Pearson (P-Burlington), who is running for the state Senate.

On Tuesday, Sanders broke his silence. 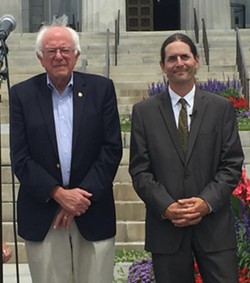 “David is one of the outstanding members of the legislature,” Sanders said in a statement, adding that Zuckerman “has earned a reputation as a fighter who is not afraid to stand up to the big money interests.”

He said he was “confident” that Zuckerman would make an “excellent” lieutenant governor.

Whether Sanders would hit the campaign trail or tap his extensive fundraising network on Zuckerman’s behalf wasn’t immediately clear. His spokesman did not respond to a request for comment. Also unclear was whether Sanders would weigh in on the gubernatorial race. His campaign manager, Jeff Weaver, announced his own support for Democratic gubernatorial candidate Matt Dunne last Friday. 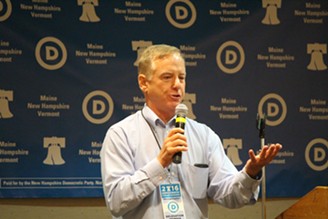 Soon after Sanders announced his endorsement, Dean unveiled his.

“We were actually going to wait until later in the week,” the former governor explained. “But when Bernie did this, we figured, ‘Why not do it now and be in the same [news] cycle?’”

Dean said he had known Smith “for a long time” and was particularly impressed by his efforts to expand the Dr. Dynasaur health insurance program to those 26 and under.

“He’s incredibly competent, and he knows the Statehouse inside and out,” Dean said of the speaker. “I’m looking for a team that’s going to get a lot done.”

Dean, who endorsed Democrat Sue Minter for governor last week, said he had “nothing against” Smith’s primary opponents. 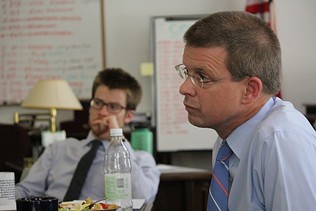 “It’s just that I think one candidate knows how to get things done — knows how to make the compromises you have to make,” he explained. “Shap’s been in one of those positions where you have to do that. And that’s not true of Kesha and David.”

Ram may not have earned the endorsement of a former presidential candidate, but she has the support of a former governor: Madeleine Kunin introduced the state rep at her campaign kickoff last October.