In Montpelier, Rep. Mitzi Johnson (D-South Hero) holds a powerful position as chair of the House Appropriations Committee, with a fair bit of say in what programs get how much state money. She’s also a potential candidate to be the next House speaker.

Back home in South Hero, she’s in the middle of a competitive primary and the target of criticism that Grand Isle County doesn’t get its fair share of resources.

Johnson, 45, is one of four Democratic candidates seeking two seats in the August 9 primary. The winners face two Republicans in the November election.

And worrisome, for Johnson’s Democratic House colleagues. “Of course I’m worried because we really need her back,” said House Majority Leader Sarah Copeland Hanzas. “She is a critical piece of what we do here in the House.”

A key factor that led to the crowded field was the retirement of Johnson’s fellow incumbent, Rep. Bob Krebs (D-South Hero), Cain said. “It’s been a long time since we’ve had a true, open seat,” he said.

Andrew Julow, 38, a North Hero school board member who runs his own computer software company, said he’s running because the time is right for him and because one of the incumbents isn’t running. “I have tremendous respect for Bob Krebs and Mitzi Johnson. I would not have run against either one of them,” Julow said. “They’ve both been very helpful with school issues.” 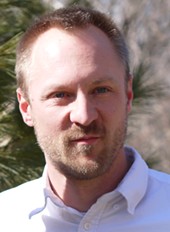 But discontent over Grand Isle’s representation in Montpelier is driving others.

For Ben Joseph, 74, a retired state judge who lives in North Hero and serves on its selectboard, the list of gripes starts at the Grand Isle County Courthouse.

Declining to single out Johnson with this criticism, Joseph argued that 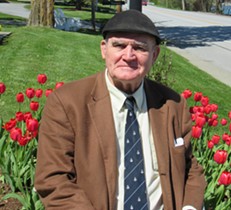 legislators have severely underfunded the state’s judiciary, which is hurting families that have to wait months for custody decisions. “Particularly, the House has done nothing with the judicial crisis,” he said.

One trial took two years to complete from start to finish because the court couldn’t devote consistent time to the case, Joseph said. “People are being hurt because of this,” he said. “It’s a mystery to me how this can go on.”

Evan Hill, 65, of Isle La Motte, agrees with Joseph. A just-retired family court case manager and former town clerk and treasurer, she argued that she has a lot of knowledge about how state government works. 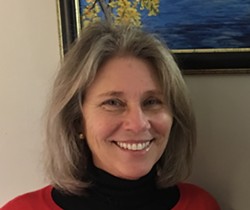 Her take is that it’s too top-heavy. “So many chiefs and so few Indians,” said Hill, whose first name is short for Evanthia.

Johnson’s primary focus as a legislator has not been her own constituents, Hill argued.

Johnson, in 14 years as a House member, has faced competition in previous elections but never before in a Democratic primary. “I’m campaigning like any other election,” she said.

She is defending her work in Montpelier on her district’s behalf. Her position as chair of House Appropriations is good for Grand Isle County, she said.

When Act 46, the state’s new school district consolidation law, was in the works, Johnson said, she successfully fought a proposed student-enrollment threshold that Grand Isle County schools could not have met.

She said she also opposed transferring court cases out of Grand Isle to judges elsewhere.

“These were things that happened in conference committee at the end of the session and I’m sitting in the room,” she said.

Act 46 could play a large role in the election.

Julow, a father of two daughters, has been heavily involved in the county’s school district consolidation talks as chair of the study committee. At least three of the county’s five districts will vote in November on a consolidation plan, he said.

Alburgh and South Hero have not committed to joining over concerns that if they merge with the other districts, state law would force them to give up grades 7-8 and send those students out for school choice to match the other three districts’ setup.

Despite the difficulty in bringing the five communities together, Julow is a fan of Act 46. The Grand Isle County native first ran for the North Hero school board eight years ago to halt a consolidation effort that would have closed that community’s school. The appeal of Act 46 is the opportunity to keep the school open while being part of a larger district, he said.

Joseph, a widower who has lived in North Hero 25 years, said South Hero is deeply proud of its pre-K-through-8 school and doesn’t want to lose grades 7-8. Having seen the angst in South Hero, he stands opposed to Act 46, arguing that the state should not force districts to merge.

Hill, a divorced mother of two grown children, said she supports consolidation under Act 46 but hopes accommodations could be granted to Grand Isle to allow for varying school configurations.

Johnson said she thinks the law is here to stay. “I’m not advocating one way or the other,” she said. “I try to be a resource.”