As he waited for a ride to Philadelphia's Wells Fargo Center on Monday afternoon, Sen. Bernie Sanders' (I-Vt.) campaign manager, Jeff Weaver, took a moment to discuss the start of the Democratic National Convention. 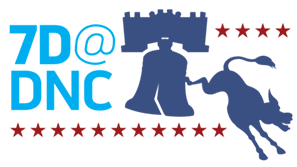 At a rally an hour earlier, Sanders delegates had booed the senator when he uttered presumptive Democratic presidential nominee Hillary Clinton's name. But Weaver said he didn't expect the episode to repeat itself  when the convention formally began.

"There were a lot of other people besides our delegates in the room today, so it was not clear to me who it was that was doing it," Weaver said of the booing. "But I expect all of our delegates to handle themselves with decorum inside the Wells Fargo Center."

Asked whether he worried Sanders supporters would refrain from supporting Clinton, the Highgate and St. Albans native said, "No, I think people in the end will realize the danger that [Republican nominee] Donald Trump poses."