Merger Proposed for Lyndon and Johnson State Colleges | Off Message 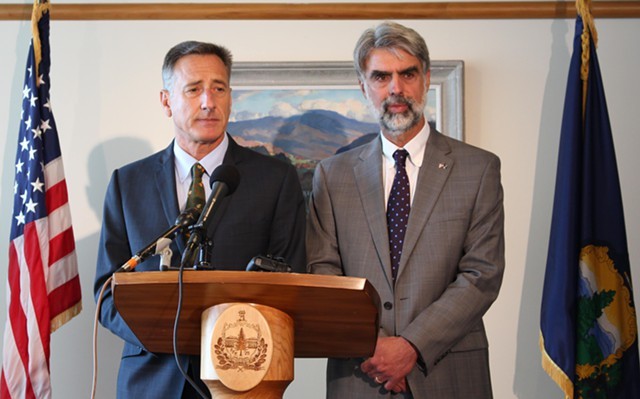 Vermont could soon have a Lyndon Johnson State College.

Two schools in the beleaguered Vermont State College system could become one under a proposal that would merge Lyndon State College and Johnson State College. Johnson president Elaine Collins would take the helm of the unified college when it opens on July 1, 2017, the chancellor’s office said in a statement Thursday.

Chancellor Jeb Spaulding recommended the merger, which has since been approved by the Vermont State Colleges Board of Trustees. The board will vote on a final plan for the change on September 29.

“A unification would protect the long term viability and vitality of both campuses,” Spaulding said in a statement Thursday. “We want all current and prospective students and their families, as well as school counselors, high school teachers and other partners to remain 100 percent confident that both the Lyndon and Johnson campuses will be around for the long term.”

The state’s system of colleges gets only a small portion of its budget from the state and has long struggled with rising tuitions, “demographic changes, increased expenses and competition from new delivery modes,” the school system said. Seven Days wrote in depth about the challenges that funding and declining enrollment have posed.

The proposal would effectively cut an unknown number of administrators but maintain “two distinct campuses,” according to the statement. The campuses are about 40 miles apart.

It’s unclear what other cuts would take place, or what savings are expected.

Johnson had 1,538 students last fall, while Lyndon has an enrollment of 1,300, according to the schools’ websites.

Before the vote, Spaulding has been tasked with getting feedback from students and faculty, outlining a transition plan and preparing a report on legal and other pertinent issues. That will be presented at the September 29 meeting.