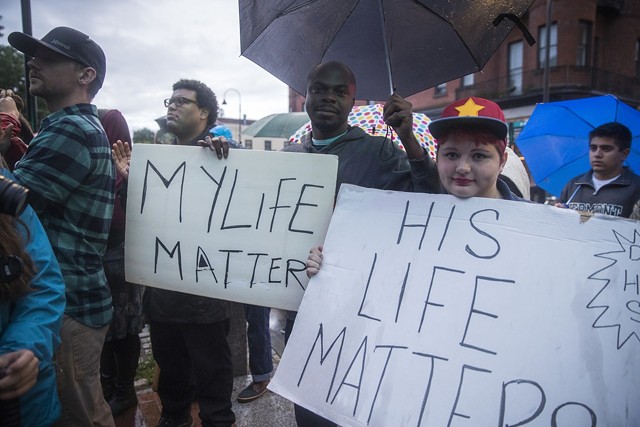 Sterling, 37, was killed early Tuesday morning in Baton Rouge, La. Castile, 32, was fatally shot after being pulled over for a broken taillight outside of St. Paul, Minn. Castile's girlfriend, Diamond Reynolds, narrated the aftermath of his shooting via Facebook Live, with her 4-year-old daughter sitting in the car's back seat.

The Champlain Area NAACP, a local chapter of the civil rights organization founded in 1909, organized the event. The Vermont chapter was established in July 2015 under the leadership of president Mary Brown-Guillory. The vigil was also a call to action. Many who turned out on a rainy evening held Black Lives Matter signs.

Brown-Guillory spoke to the Burlington crowd, as did others, including Pastor Mark Demers of Burlington's First United Methodist Church. One young man recited his poem, "For Trayvon," which included a call-and-response recitation of names of African Americans killed by police.

Slideshow Photos: A Burlington Vigil and Protest for Alton Sterling and Philando Castile 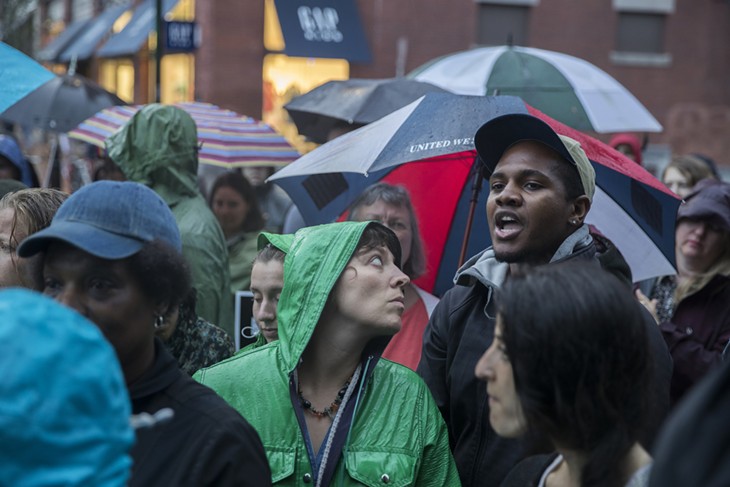 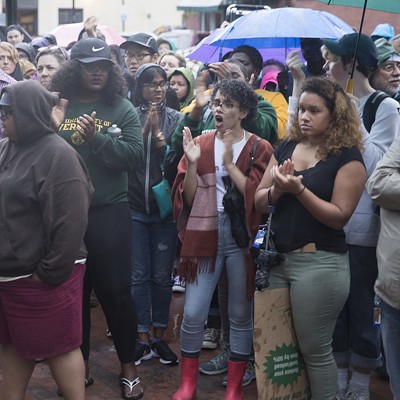 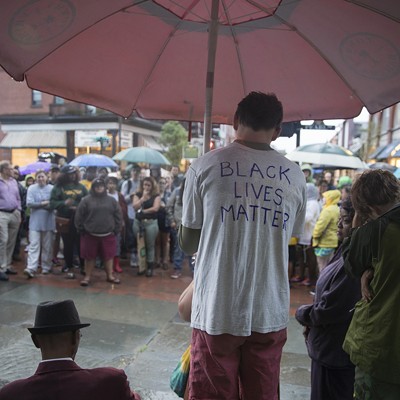 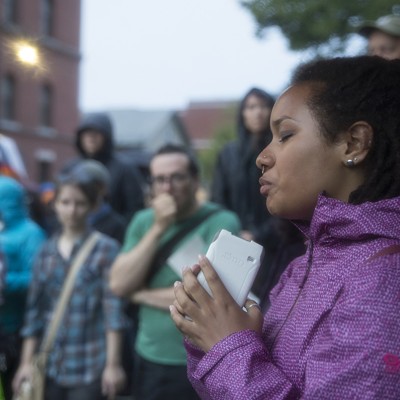 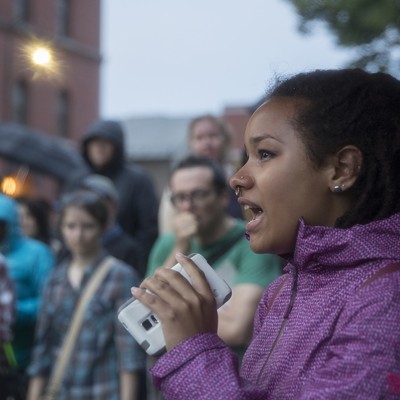 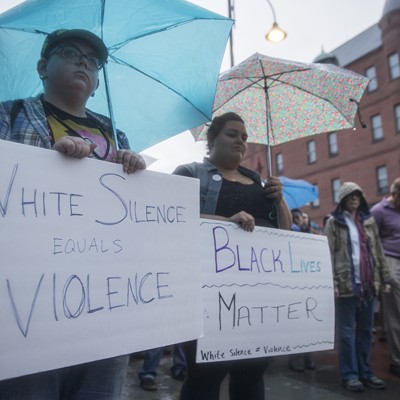 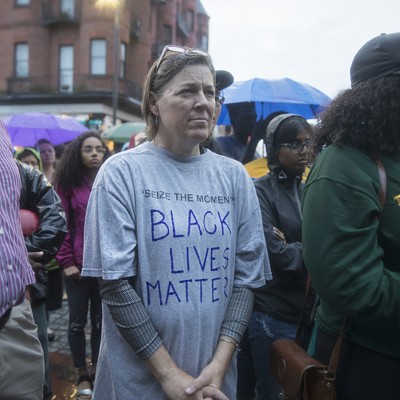 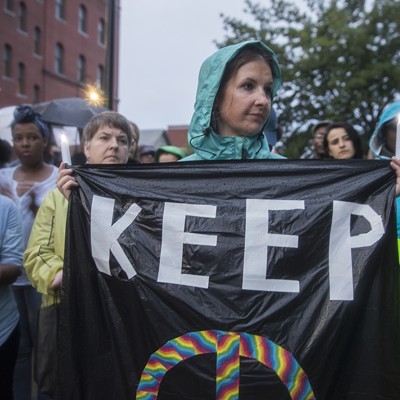 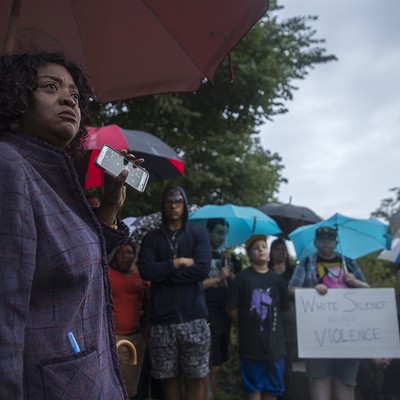 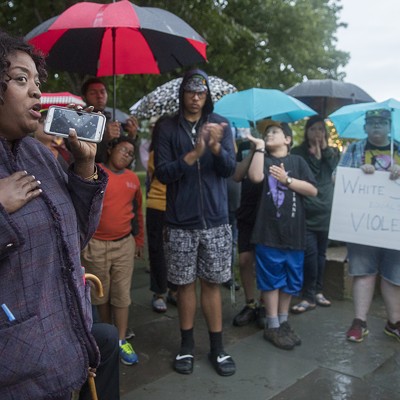 Photos: A Burlington Vigil and Protest for Alton Sterling and Philando Castile
By James Buck
Click to View 24 slides
Prev
Next