Vermont’s F-35 Opponents Get Their Day in Court 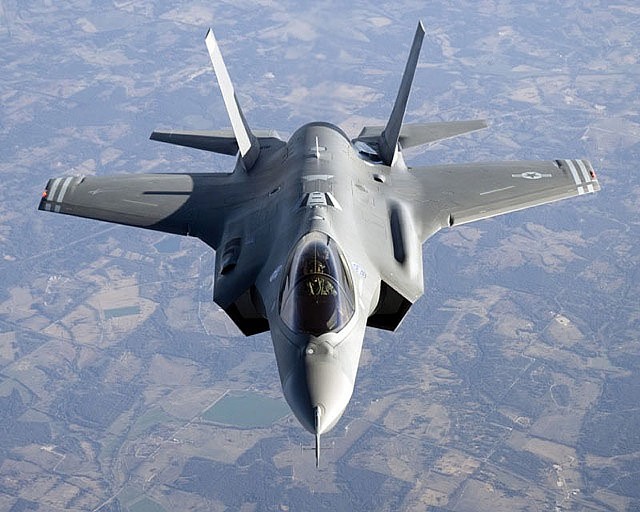 Opponents of the U.S. Air Force’s decision to base a squadron of next-generation F-35 fighter jets at Burlington International Airport finally got their day in federal court on Tuesday.

U.S. District Court Judge Geoffrey Crawford heard arguments in a lawsuit accusing the Air Force of failing to conduct a proper environmental review before deciding to assign 18 of the F-35s to the Vermont Air National Guard. The planes are scheduled to arrive in 2019.

Opponents of the F-35s, which are louder than the F-16s currently based at the airport, are trying to get that decision set aside and to have a new review, known as an environmental impact statement, conducted. Residents of South Burlington and Winooski, along with the Stop the F-35 Coalition and the city of Winooski, filed the suit.

“There was no informed public in this review,” Dumont said. “The [environmental impact statement] was a sham. It did not present the minimum information … that should be part of the evaluation.”

The government contends that the review was fair, and that the plaintiffs are seizing on picayune issues that do not justify overturning the basing decision.

Several of the plaintiffs sat in the gallery in federal court in Rutland, along with Adjutant General Steven Cray and other members of the Vermont Air National Guard.

While evaluating the impact of the F-35s, the Air Force compared the noise they generate to that of the F-16s. But that was disingenuous, Dumont argued. Dumont said that records indicate the Air Force will remove the F-16s from Vermont by 2018 whether or not they are replaced by the F-35s.

Therefore, Dumont argued, the Air Force should have compared the impact of F-35s to not having any fighter jets at the airport.

Gehlert said such talk was “speculation.”

Crawford warned the attorneys that he would not be drawn into a broader philosophical debate about the basing decision.

“This is not a one-man referendum on where to base the aircraft,” Crawford said. “I’m not here to make my own investigation into noise levels or the likelihood of a catastrophic crash. My assignment is to review the process of the Air Force, and determine if it fits in the discretionary judgment allowed these agencies.”

Crawford is expected to issue a written decision in the coming weeks.

In May, the guard announced it would spend $25 million to improve the taxiway and apron it uses at the airport. The guard leases land for its base from the airport, which is owned by the city of Burlington but located in South Burlington.