Sanders to Put ‘Hold’ on Federal GMO Deal | Off Message 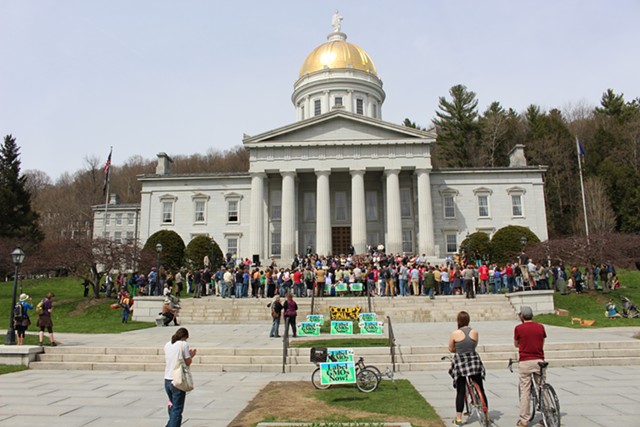 Sen. Bernie Sanders (I-Vt.) announced Tuesday he will put a “hold” on a proposed Senate bill that would create a federal law governing the labeling of food that contains genetically modified organisms.

The proposal stems from an agreement hammered out last week. It would preempt Vermont’s GMO labeling law, which takes effect Friday.

Sanders’ procedural maneuver prevents the bill from being considered unless it gets at least 60 votes, according to Sanders’ spokesman Josh Miller-Lewis. The bill has yet to be introduced and timing of any votes is unknown, he said.

Meanwhile, Patrick Leahy (D-Vt.) said Tuesday that he will also oppose the federal bill. Last week, Leahy had said he was considering the proposal.

On the Senate floor Tuesday, Leahy criticized the deal as considerably weaker than the about-to-be-enacted Vermont labeling law .

The bipartisan Senate proposal was announced last Thursday. It would allow food manufacturers to provide GMO information by labeling products with codes that consumers could scan via smartphone, or to provide phone numbers for information. By contrast, Vermont’s law requires the labeling of food products.

Food manufacturers who have fought Vermont’s law announced their immediate support for the federal proposal.

“It falls short,” Leahy said. “This purported ‘deal’ does not go far enough to give consumers what they are asking for, a simple on-package label or symbol.”

Leahy said the bill lacks sufficient enforcement measures, leaving it up to consumers to call out manufacturers who don’t comply. It would also block Vermont’s 2004 genetically modified seed labeling law, he said.