Winooski City Manager, Who Helped the Onion City Bloom, to Resign | Off Message 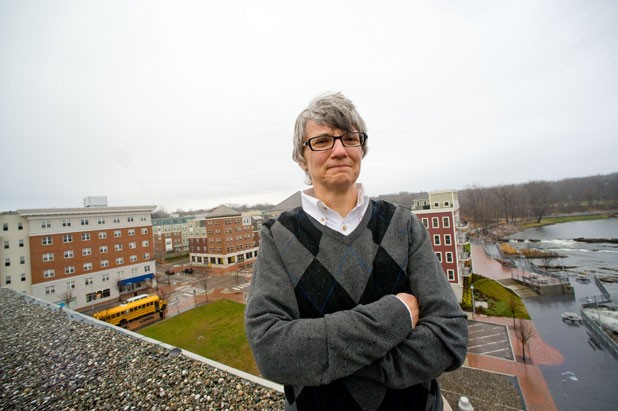 Updated June 20, 2016 at 6:35 p.m. after interviews with Katherine Decarreau and Mayor Seth Leonard.

Winooski City Manager Katherine Decarreau, who has overseen a revival of the Onion City during her seven years on the job, is resigning to take a position with the Chittenden Central Supervisory Union, the city announced Monday.

Decarreau, a city native and a Winooski High School graduate known as “Deac,” will depart August 1 to become the executive director of finance and operations for the union, which includes seven schools and 3,200 students in Essex and Westford.

“The opportunities in front of us are exciting and will require a very different skill set than the ones I brought to the position when I arrived,” Decarreau said in a prepared statement. “It is a really good time for me to return to more nuts-and-bolts work that I love. It is an equally good time for the city to evaluate our needs moving forward and to hire a new manager with the skills that will take us forward for the next part of our development.”

During Decarreau’s time in office, Winooski, which had long struggled to recover from the closure of its mills, welcomed an influx of young residents and workers and saw its downtown become a trendy destination.

Mayor Seth Leonard credited Decarreau with a series of organizational triumphs, including eliminating a $750,000 budget deficit, passing new zoning ordinances and increasing participation on the city’s volunteer boards and commissions.

“That’s not glamorous work. It’s difficult and detailed and requires a willingness to change habits,” Leonard said. “In a field wrought by a lot of bureaucratic thinking, one of the greatest attributes Deac brought was a sense of problem-solving. I couldn’t be sadder on this day from a city perspective, but I’m excited for Deac on a personal level.”

Decarreau said she was eager for a change. She initially envisioned serving as city manager for three years, she said.

“After seven years, you get tired,” she said. “It’s intense work. All day long, every 15 minutes you get a question that has two years of history. Sometimes, it’s good to change those questions. The worst thing you can do in a job is stay too long.”

Decarreau, who walks to city hall every day, said she will remain in the city where her family’s roots stretch back several generations. Her grandfather once worked as the Winooski city clerk.

But Decarreau said she is excited by the organizational challenges her new job poses. The current iteration of the Chittenden Central Supervisory Union is the result of a merger vote last year among residents of Essex, Essex Junction and Westford. The communities were the first in Vermont to voluntarily come together in hopes of saving money under the Act 46 school consolidation law. Five school boards currently governing the communities’ schools will merge into one in the coming year.

“I love doing the stuff that, when it’s done well, nobody notices,” Decarreau said. “Nothing big, nothing fancy, just come to work and do a good job.”

Leonard said that he and the other four members of the Winooski City Council will take several months to hire Decarreau’s successor and will likely have to appoint an interim leader.

He said that Decarreau’s roots have helped her to navigate Winooski’s distinctive challenges.

“We’re the most diverse city in Vermont and the most densely populated,” Leonard said. “We don’t look like a lot of other communities and Deac had a great understanding of that.”