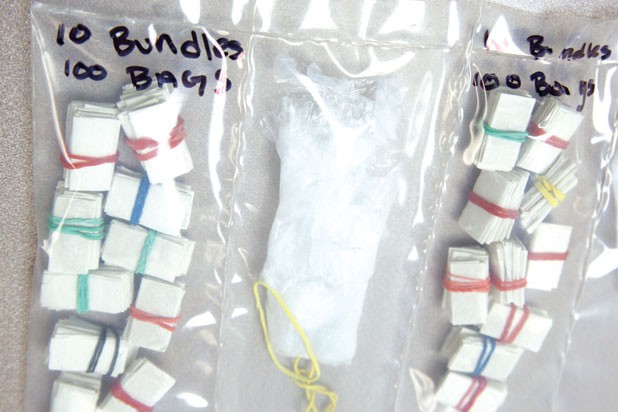 One man is dead and a second survived after two more suspected heroin overdoses in Burlington on Thursday just hours apart, police said.

A 28-year-old man survived a suspected overdose after being found around 9:20 a.m. Thursday at a North Winooski Avenue home. He was taken to the University of Vermont Medical Center for evaluation, police said.

Around 2 p.m., a 27-year-old man died after an apparent overdose in an Archibald Street home, police said. Police said they used naloxone, an overdose-reversing drug now carried by Burlington cops, to try to revive the man.

Detective Lt. Shawn Burke said the incidents do not appear to be related.
The news comes a week after Burlington police said that fentanyl, a powerful synthetic painkiller that has caused overdoses across the country, was responsible for a spate of three overdoses in the Queen City. All three victims survived those overdoses, police said.

Burke said the department is awaiting toxicology tests to determine whether fentanyl was involved in this week's overdoses.