Burlington Vigil for Orlando Draws a Massive Crowd — Including Sanders 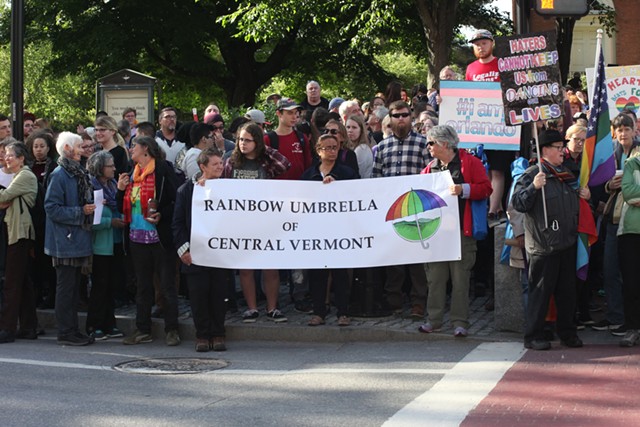 Hundreds of people marched silently down Burlington’s Church Street on Monday evening to mourn victims of the worst mass shooting in American history.

The massacre, which left 49 victims dead and more than 50 injured, occurred early Sunday morning at a gay nightclub in Orlando, Fla. Omar Mateen, the gunman who died in the attack, had pledged his allegiance to the Islamic State of Iraq and Syria.


More: Photos: Burlington Mourns the Orlando Shooting Victims
Deep in the crowd was a recognizable figure: Sen. Bernie Sanders (I-Vt.), who made a surprise appearance at the event with his wife, Jane O’Meara Sanders, and his entourage of Secret Service officers.

Sanders was only the most famous of dozens of political figures who marched. Mayor Miro Weinberger and city councilors ditched their Board of Finance meeting to join. 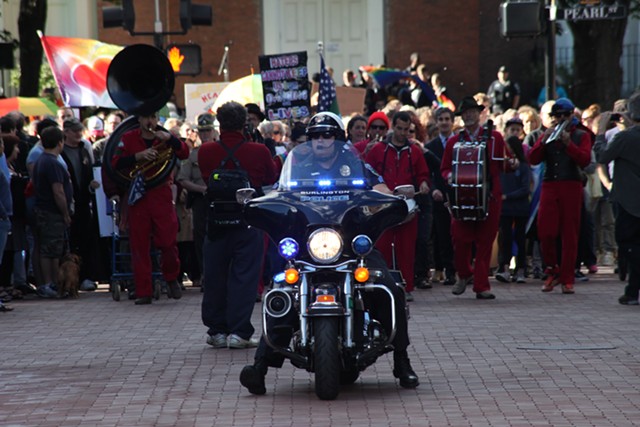 The march, organized on short notice by the Pride Center of Vermont, ended with speeches in City Hall Park. Looking out over the crowd from the steps of City Hall, Weinberger speculated that it was the largest gathering ever in the park.

Kim Fountain, the Pride Center’s executive director, told the group, “This morning when I left the house I looked at my partner and said, ‘Love you, honey, and be safe.’ And I thought, be safe? I’ve never said that before.” 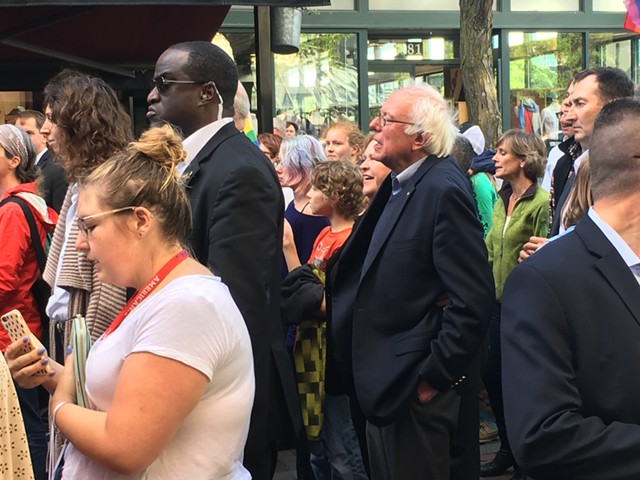 Sanders came to the podium next, prompting raucous cheers. “It says a whole lot about our great city to see so many people out here this evening,” he began.

Reading from several crumpled papers, Sanders assailed anti-Muslim sentiment. “To blame an entire religion for the acts of a single individual is bigotry, pure and simple. It is not what this country is about and not what this city is about.”

He continued: “Our job is not to allow politicians — Mr. Trump or anyone else — to divide us up by where our family came from, the color of our skin, our religion or our sexual orientation. Our job is to take pride in our diversity to bring our people together and not let hatred divide us up.”

Sanders concluded on a subject that has at times dogged him during his presidential run: gun control. Here, however, he was on comfortable ground, advocating for something he’s long supported. “The weapon used in Orlando was legally purchased and it is time for us to really rethink something that I have believed for decades: whether or not it makes sense for people today to be able to walk into a store and purchase a military-style weapon, which has one purpose and one purpose alone — and that is to kill people.”

Among the speakers was a local imam, Islam Hassan, who was chosen to speak on behalf of a half dozen faith leaders who attended the event. Condemning the shooting, Hassan said, “We’re here behind you to support you.”

“This is a wake-up call,” longtime LGBT advocate Jason Lorber said at the end of the event. “The world is not as we want it.”