Media Note: The Hardwick Gazette Is For Sale for 400 Words | Off Message

Media Note: The Hardwick Gazette Is For Sale for 400 Words 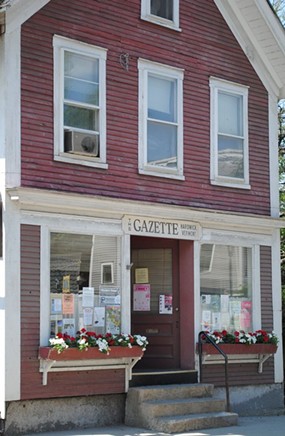 After 30 years as publisher of the Hardwick Gazette, Ross Connelly is ready to pass the torch. To find someone to take over the 127-year-old weekly — the self-described "newspaper of record in the Northeast Kingdom of Vermont" — he's holding a contest.

Entrants will pay $175 and submit an essay of no more than 400 words describing their "skills and vision for owning a newspaper in the new millennium." The author of the most compelling piece — as determined by a panel of judges including Connelly — will become the Gazette's ninth owner and publisher.

In a phone interview, Connelly, who turns 71 this Saturday, said, "I've still got the passion but I don't have the energy, and newspaper readers deserve and need new blood."

Selling businesses through essay contests has become something of a trend, though the Gazette may be the first newspaper to go this route. Before this, Connelly tried other methods. He considered turning it into a "community-supported" paper but couldn't find anyone to actually run it.

He also placed an ad in Editor & Publisher that attracted "some tire-kickers but nobody real serious."

That was how he and his late wife came to the paper. The Cape Cod couple saw an ad in Editor & Publisher for a weekly in northern New England and sent a letter in response, explaining why they wanted it. "It was my essay, if you will," said Connelly, who was a reporter at the time. For the first year, they lived above the Gazette offices. Its Main Street building comes with the paper.

He's eager to find a successor, because currently, "If I were to keel over in my chair, the paper is going to die."

But Connelly also cautions aspiring publishers not to expect a job that involves "sitting in a chair, puffing on a pipe and writing editorials." Asked how the Gazette, which covers 10 towns and has a paid circulation of 2,200, is doing financially, he said: "We’re stumbling along." He explained that ad revenue declined after his wife, who sold most of the advertising, died in 2011.

Even so, he emphasized, "We're viable."

According to the contest rules, he'll accept a maximum of 1,889 submissions — a number that corresponds to the year the Gazette was founded. If he doesn't get a minimum of 700, he'll refund the entrants. The contest starts this Saturday and runs through August 11.

"We're an institution in town," Connelly said. "I really hope it will continue."