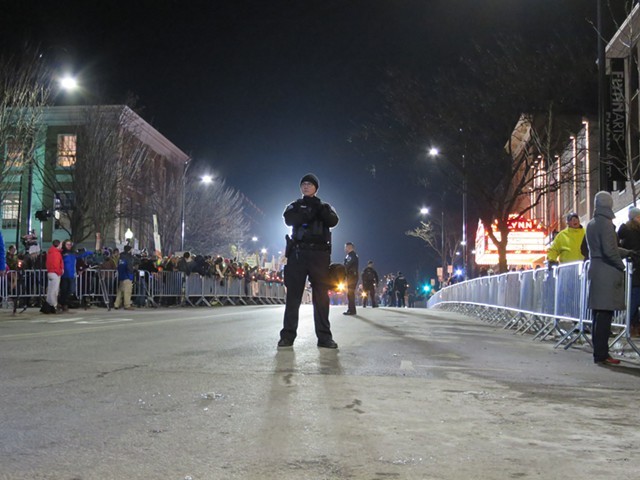 Mayor Miro Weinberger has concluded it would not be prudent to take Donald Trump to court over the presidential candidate's outstanding bill from Burlington.

Trump came to the Queen City on January 7 and delivered a speech at the Flynn Center for the Performing Arts. He drew massive crowds of supporters and protesters. The campaign invited 20,000 people to a venue that holds 1,400.

Corralling the droves of people was costly, and Weinberger sent the Trump campaign a bill for $8,500 for the additional police officers, firefighters and rescue personnel that it required. Trump, who has since become the presumptive Republican nominee, did not deign to respond. Nor did he return subsequent calls and emails from Weinberger's administration.

In a statement released to the media Wednesday, five months after the event, Weinberger said: "After careful investigation into the First Amendment and other legal considerations, we have come to the conclusion that it would be difficult to hold Donald Trump legally liable for the costs the city incurred to make his January rally in Burlington a safe and successful event. Thus, it would not be cost-effective for the city to pursue collections remedies through the courts."

But, the mayor added: "Paying the invoice remains the right and honorable thing for Mr. Trump to do."