Vermont residents Erik Averill, 21, Jordan Paul, 21, Myia Barber, 22, and Allison Gee, 25, are all wanted on second-degree murder charges, police said. The four were believed to have “acted in concert” in killing Amos Beede, 38, police said in a press release.

All four suspects are considered fugitives and were last seen in Roswell, N.M., police said. Averill was arrested and charged with assaulting Barber on May 31 in Roswell, but was released prior to local authorities learning of his alleged connection to Beede’s killing, police said.

Beede, a transgender man from Milton, died on May 29, a week after he was attacked while visiting the encampment, near the Barge Canal. He suffered broken facial bones, a subdural hematoma and broken ribs.

Police have said Beede’s death may have been a “bias incident.” Police later said the investigation suggests other motives.

Beede’s family members released a statement Thursday through the Pride Center of Vermont saying they were devastated by his death.

“The Beede family would like everyone to know how much the loss of Amos has affected our family,” their statement said. “The horrific, brutal attack that led to his death has had a tremendous impact on our family. We are heartbroken. A big piece of our lives has been ripped away from us way too 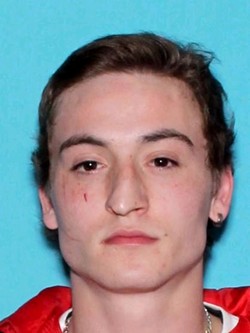 The family has scheduled a public memorial service to commemorate Beede on Wednesday, June 8 at 6 p.m. at Perkins Pier in Burlington.