Suspended Sen. McAllister to Run for Reelection | Off Message 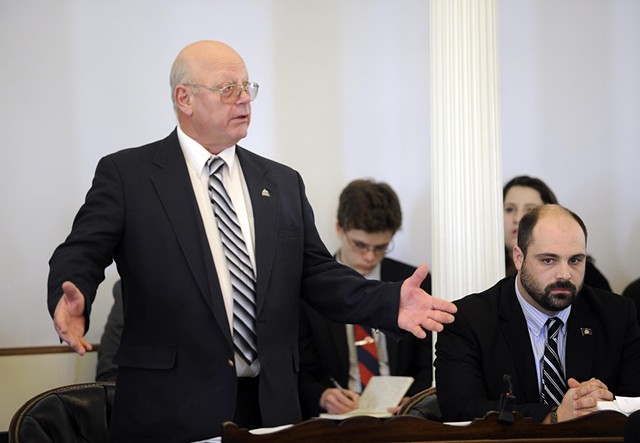 Sen. Norm McAllister (R-Franklin) has been suspended from the Senate since January while sexual assault charges against him are pending.

On Monday he filed a petition with the Vermont Secretary of State's office to run for reelection.

McAllister was arrested just over a year ago at the Statehouse. Authorities charged him with three felony counts of sexual assault and three misdemeanor counts of a prohibited act involving a total of three women.

He is scheduled to go on trial June 15 in Franklin County on charges related to one of the alleged victims, a young woman who served as his unofficial legislative assistant. No trial date related to the other charges has been set.

Senate candidates have to collect signatures from at least 100 registered voters in their district to qualify as candidates. The filing deadline for state candidates is Thursday. McAllister, whose name appeared Monday afternoon on the Secretary of State's website, said he didn't have the luxury of knowing how the criminal case would turn out before deciding whether to file for reelection.

He said the reactions of people he approached to sign his petitions were almost all positive."I had a lot of people say, 'Go for it.'"