May 17, 2016
The race for Senate in the six-seat Chittenden district is growing more competitive by the day. 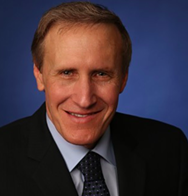 Louis Meyers, a doctor who lives in Williston, has abandoned plans to run for lieutenant governor in favor of running for Senate in the Chittenden district in the Democratic primary.

Dawn Ellis, a Democrat who finished seventh in a race for six Chittenden Senate district seats in the general election in 2014, said she plans to make another run this year.

That makes at least 10 Democrats, including four incumbents, competing for six nominations to be determined in the August 9 primary.

And the race’s first Republican emerged Monday. John Gifford of Milton has filed his candidacy paperwork with the Secretary of State’s Office. Gifford, 65, is a retired school business manager and the current Milton town treasurer and finance manager.

Rep. Kurt Wright (R-Burlington) is also considering a run, but said Monday he hadn’t made a decision yet. 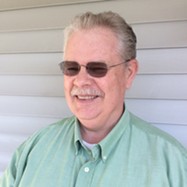 Candidates face a May 26 deadline for filing petitions to run for state offices.

Ellis, a Burlington resident and president of her own research firm, Dawn M. Ellis and Associates, said she is working on collecting voter signatures. “I look forward to entering the state Senate race soon,” she said.

Meyers, 60, a doctor at Rutland Regional Medical Center who has lived in Vermont about four years, said he decided six weeks ago that the Senate would be a better fit for him than the lieutenant governor’s position. “I wanted a voice and a vote,” he said.

Meyers described himself as a moderate Democrat. He said he supports universal health coverage but believes it has to be achieved gradually.

The six-seat Chittenden Senate district has in recent years had just one incumbent Republican, but 14-year senator Diane Snelling resigned this year to chair the state Natural Resources Board. Helen Riehle, a Republican appointed in March to fill Snelling’s seat, is not seeking election this fall.

Gifford said he knows it will be tough for a Republican from outside Burlington to win. He said his experience as a school and town finance manager would serve him well in the Senate. Gifford said that by working for the Colchester and Milton school districts and as a consultant since retiring, he has studied school consolidation and understands the challenges of school financing.

“How many people have the experience I have?” Gifford said.