In West Virginia, Sanders Picks Up 19th Win | Off Message 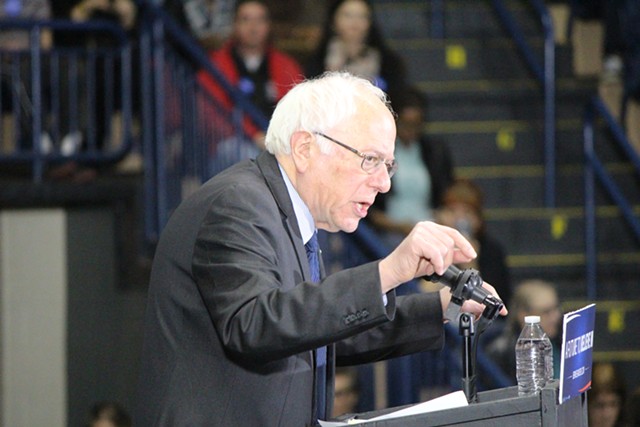 The senator was leading his Democratic presidential rival 50 to 39 percent Tuesday evening with 45 percent of precincts reporting.

Sanders' victory came a week after he notched a surprising win in Indiana. He has now won 19 states to Clinton's 23.

In a statement issued by his campaign, Sanders noted that West Virginia "is a working-class state and many of the people there are hurting."

"They know, like most Americans, that it is too late for establishment politics and establishment economics," he said. "They want real change."

Rural, blue-collar and largely white, West Virginia was fertile ground for Sanders, who has performed well with such demographics. He may have also been helped by an impolitic remark Clinton made in March when discussing her climate change plans.

"We're going to put a lot of coal miners and coal companies out of business, right?" she said in Ohio.

According to the Associated Press, Sanders was on track to win at least 14 delegates Tuesday, while Clinton was set to pick up at least 10. That still leaves him far behind the woman whom many now consider the party's presumptive nominee.

The AP's tally has Clinton leading Sanders 1,715 to 1,428 among pledged delegates to the Democratic National Convention and 2,238 to 1,467 among all delegates.

"We fully acknowledge we have an uphill climb ahead of us, but we're used to that," Sanders said in his statement. "We have been fighting uphill from the day this campaign began. And after all the votes are cast and counted and this contest moves to the Democratic National Convention in Philadelphia, the delegates will decide which candidate is the strongest nominee to take on [presumptive Republican nominee] Donald Trump in November. All of the evidence indicates that I am that candidate."

Sanders' winning streak could continue next Tuesday, when Kentucky and Oregon both go to the polls.