Burlington Council Excited — Yet Anxious — About Mall Project | Off Message 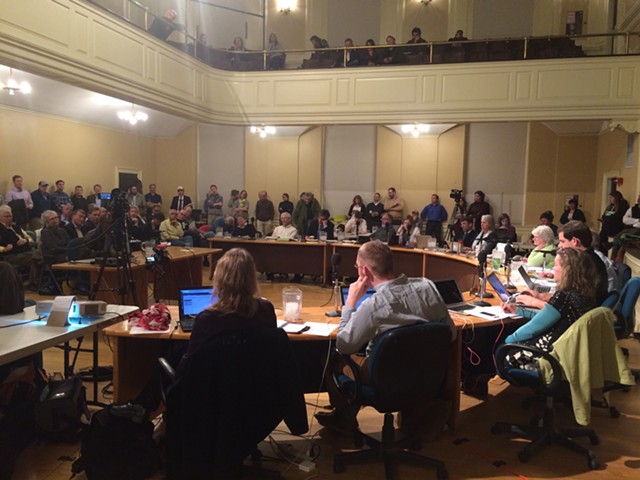 City councilors seemed torn between excitement and wariness Monday night as they discussed an agreement they’re being asked to sign with the New York developer who’s planning a massive overhaul of the downtown mall.

They heard from dozens of prominent businesspeople, architects, construction executives and even a few inveterate environmental activists, who exhorted them to go ahead and sign what’s called a pre-development agreement, spelling out the public and private responsibilities for the project.

Developer Don Sinex plans to spend $200 million to turn the struggling Burlington Town Center into a mix of housing, offices and retail stores that would total 1.25 million square feet. He and Mayor Miro Weinberger are pushing the council to approve the agreement by May 2, so Sinex can start pursuing zoning changes and assembling the financing, among other tasks.

“If there’s a place for density in Burlington, this is it,” said Kate McCarthy of the Vermont Natural Resources Council.

“If you don’t go forward, you go backwards,” said an animated Ernie Pomerleau, who runs a major real estate business with his father, Tony Pomerleau. “Don’t miss this moment.”

SymQuest founder Pat Robins and retired architect Bill Truex, who helped lead the effort to convert Church Street into a pedestrian mall, told the council that Sinex’s proposal represents a similar opportunity to transform the downtown.

The project does have skeptics: Steve Goodkind, the former Public Works director and a 2015 mayoral candidate, said the size of the project is “totally inappropriate.” Outdoor Gear Exchange owner Marc Sherman said he’s also “very concerned about the overall massing and design.” Sherman, whose store is located on Church Street next to the Town Center, added that he’s worried construction will endanger nearby businesses.

Much of the public debate about the mall project has focused on its size and design, which includes a 14-story residential tower.

But Monday night, after most of the members of the public had gone home, councilors turned to a different question: Is it financially feasible?

They made cautionary references to the EB-5 scandal — federal and state officials now allege that an extensive development project in the Northeast Kingdom, once almost universally heralded by local officials, was a “Ponzi-like scheme.” 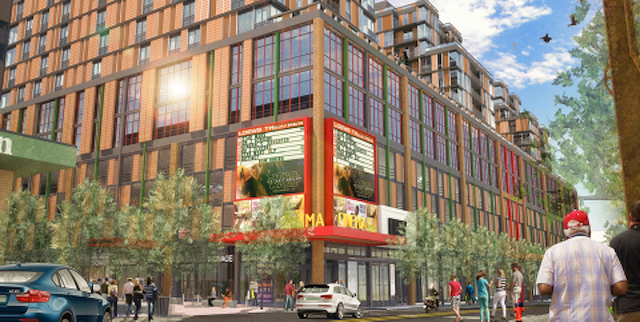 Councilor Karen Paul asked for more detail about how Sinex planned to finance the project.

“I am a risk taker but not a foolish one. This project will be built in a very traditional way,” Sinex responded, explaining that he plans to raise about $60 million from investors, with the balance financed with institutional loans.

Multiple councilors said they want to see market studies showing that there’s demand for this kind of development, in particular the additional retail. “I think the public needs more than our gut feelings,” said councilor Joan Shannon.

Weinberger and Sinex suggested that these studies will take place at a later date, noting that lenders and investors will also want evidence of the project’s economic soundness.

The council will review the agreement with its lawyers this Wednesday.