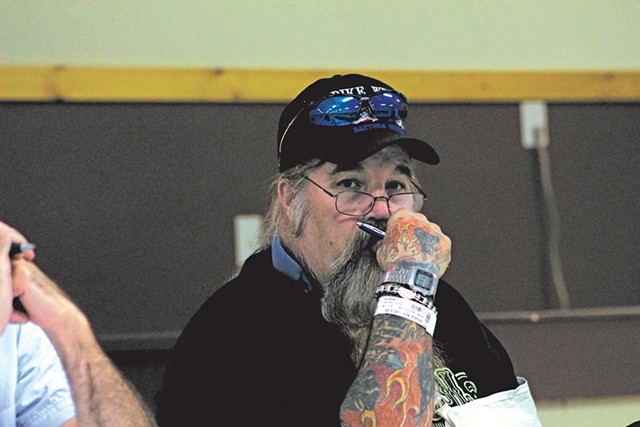 Bernard Savage pleaded guilty to conspiring to distribute powder cocaine and oxycodone between 2014 and June 2015, when his home was raided by investigators. Savage, who faces a maximum of 20 years in prison, will be sentenced at a later date.

After his July arrest, Savage told Seven Days that he had no intentions of resigning his seat on the Alburgh Selectboard, even after fellow board members pressured him to step down. He resigned in October.
After a two-year investigation, federal agents in July confiscated 103 firearms, $25,000 in cash, 3.9 grams of cocaine, 60 prescription opiate pills, 67 grams of marijuana and equipment for a meth lab from Savage’s home and attached auto garage, according to court documents.

“I’ve been in this shit my whole life,” Savage told an informant working for the authorities, according to a federal court affidavit. “I mean ... I deal coke, I deal pills, I deal pot, I do all that shit. I got everything you want. I’m like a walking drug store.”

As part of the plea agreement, Savage agreed to forfeit nearly $25,000 in cash found at his home and another $50,000 prior to his sentencing.