House Panel Puts Marijuana Legalization Back in Play | Off Message 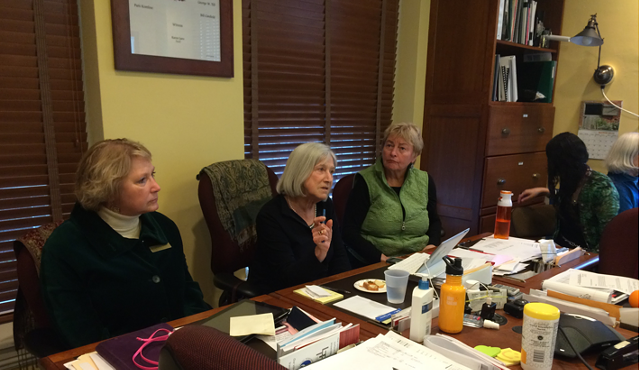 The push to legalize marijuana made a surprising rebound Friday in a House committee.

The Ways and Means Committee voted 7-4 on a new version of legislation that would legalize possession of up to an ounce of marijuana. It would also allow adults to grow as many as two plants per household if they obtain a $125 permit.

The bill's measures fall short of those in a legalization bill that the Senate passed. But the bill goes further than a version that the House Judiciary Committee passed a week earlier, which stopped short of legalization.

“I think there will be very positive reaction in the community,” said Matt Simon, New England policy director for the Marijuana Policy Project. “We’ll have to see what happens in the next committee.”

Till objected to the Ways and Means Committee, which is supposed to focus on taxes and fees, writing policy legislation with minimal testimony. “It’s not the way we should be doing things,” he said.

Ancel responded, “If we kill the bill, that’s a pretty big policy statement as well.”

The bill goes next to the House Appropriations Committee, where it likely will meet resistance.

“It’s still an open question about whether the bill in any of its current forms comes to the House floor,” House Speaker Shap Smith (D-Morristown) said Friday afternoon.

But Smith said if the full House doesn’t vote on the topic, the Senate is likely to attach marijuana legalization to another bill to force the issue. Therefore, he said, his goal is for the full House to vote on some version of this bill.

“Trying to bottle it up in committee in the House doesn’t avoid consideration of the issue,” he said.

Last week, the House Judiciary Committee voted 6-5 for a version that would have established a panel to study marijuana legalization and put about $600,000 into drug prevention and highway safety money.